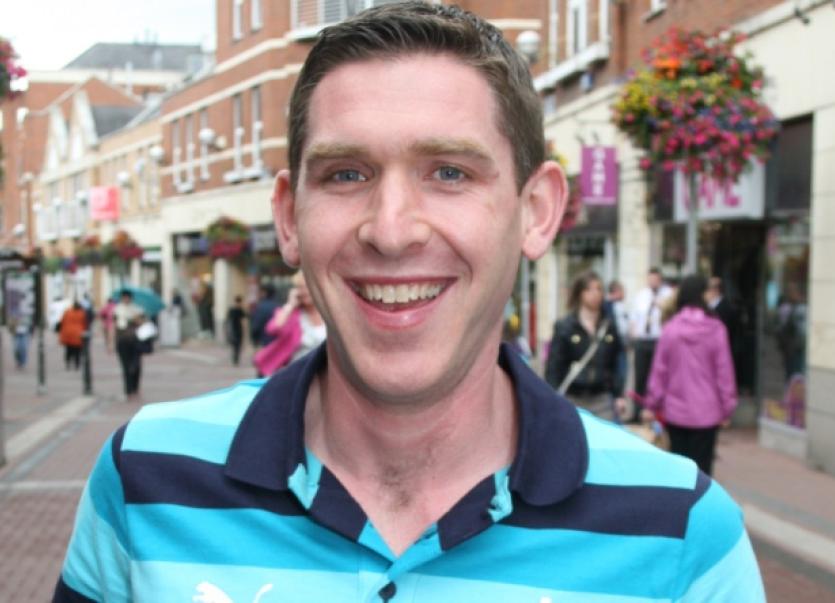 WHEN he peered through the gates of Buckingham Palace as a tourist, never in his wildest dreams did George Clancy of Bruff think that he would, one day, be on the other side, chatting to the Queen.

WHEN he peered through the gates of Buckingham Palace as a tourist, never in his wildest dreams did George Clancy of Bruff think that he would, one day, be on the other side, chatting to the Queen.

The Grange native who is an international rugby referee attended a reception to mark the World Cup 2015, hosted by the monarch who chatted to him about everything from the respect that referees are shown, to the size of today’s rugby players.

George - who is officiating at the World Cup - was among a 12-strong delegation of referees in attendance at the Queen’s London residence on Monday evening, which included Limerick-based international referee John Lacey who is a former Munster and Shannon full-back.

“We got personalised, embossed invitations about three weeks ago requesting our attendance at Buckingham Palace so, as you can imagine, it sent a massive ripple throughout the team of match officials - we were delighted to be asked along,” said George this Tuesday.

“We all got suited and booted and hopped in a bus. We went up The Mall and straight in the gates of Buckingham Palace.

“I have been there as a tourist before, looking in those gates, so it was nice to finally get to the other side,” he smiled.

Security was tight at the palace with guests being told not to bring in their phones to the reception.

“You have to bring identification and the cars are searched and things like that, which you would expect in this day and age,” George explained.

“There is a very nice room, like a cloakroom, where you can leave your bag or coat.”

The party then made their way to the Ballroom where the conferring of knighthoods takes place. The Duke of Edinburgh and Princess Anne were in attendance along with Prince Harry who, as vice patron of England’s Rugby Football Union, addressed the attendees.

George, who has a strong interest in history, was anxious to meet Queen Elizabeth.

“Not everybody in the room got to meet her but I was given a bit of advice by one of the volunteers who said ‘if you want to meet the Queen you should talk to this particular person here’. I met him and said ‘I am a referee and I would like to meet the Queen’ and he said ‘no problem, stand here’ so she worked her way down.”

George was advised by the man on the etiquette to follow when the Queen approached.

“He said ‘you have to bow from the neck down and call her Your Majesty’.”

When the Queen made her way to George, the man introduced him saying: ‘This is George Clancy, he is a referee at the World Cup’.

“She was asking me what games I had refereed,” said George. “I was telling her where I had been and that I had referred in England many times and then we broadened it out a little bit and she was asking where the rest of the matches are being held.” The discussion then turned to the size of the rugby players playing in the tournament.

“We also chatted about the legacy of the games in the UK and Ireland.”

George is the great grandnephew of the late Mayor of Limerick, Seoirse Clancy, who was killed at his own doorstep at what is now known as Clancy Strand, Limerick, in 1921 during the War of Independence.

He said he was “impressed” that the monarch took the time and walked around the room and met various guests.

“I have to say that I wouldn’t get carried away with the pomp and ceremony of royalty but, at the same time, I could recognise that it was big moment.

“It was obviously a very special moment to meet the Queen and I know it has created a lot of interest at home in Limerick. Not many people from Bruff get to have a conversation like that - and it was nice that it wasn’t just ‘This is George’ and move on - there was a genuine conversation.”

The 38-year-old was also very impressed with the interior of the palace.

“I would have a fierce interest in history myself so it was great to have a look around the fantastic paintings and things like that.”

During the reception - which lasted an hour-and-a-half - guests enjoyed a canape and champagne reception.

George - who is the son of Seoirse and Helen Clancy - has been named as an assistant referee for this Saturday’s quarter-final between South Africa and Wales at Twickenham.

“It’s been brilliant - we have had so many amazing experiences,” he commented of the tournament.