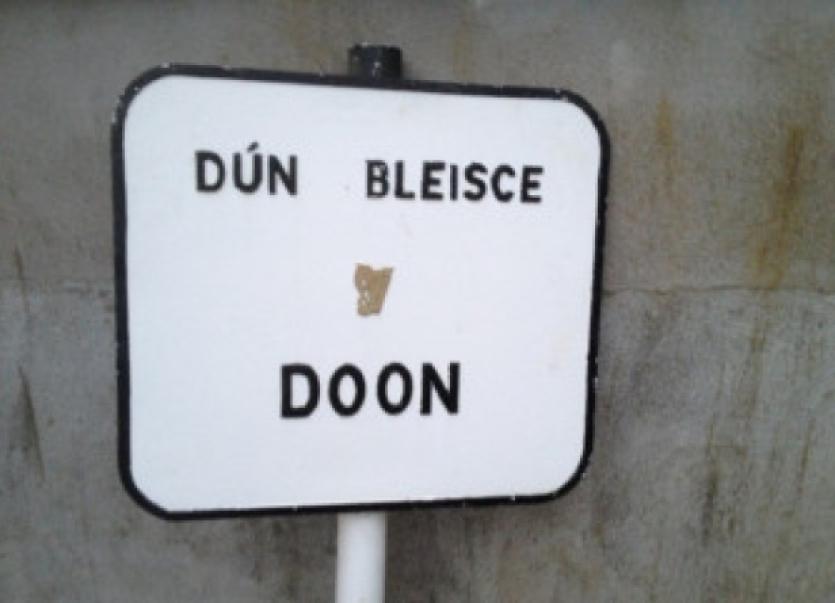 DOON is becoming the Hollywood of County Limerick as its signs are being so famous they are being stolen.

DOON is becoming the Hollywood of County Limerick as its signs are being so famous they are being stolen.

While their placename signs certainly aren’t as big as the famous white sign in Los Angeles they are certainly being used as props somewhere.

Tom Hayes, of Doon Tidy Towns, said they got a donation of six signs from a local businessman and five of them have gone AWOL. Two went missing in the last couple of weeks alone.

“The one in front of the hurling pitch was in a decorative wall with flowers around it. It was in a bed of concrete so there must have been an hour’s work at least with a hammer and chisel as it was cemented into the stonework,” said Tom.

While also taken in recent times was a sign on the Monastery Road.

“They took the pole as well that time,” said Tom.

There is a lot of head scratching going on and locals are wondering which sign will go next.

Is Doon that famous that they have to keep taking them? asks Tom.

“They must think they are in Hollywood or some place. They just keep disappearing. I don’t think we have anyone that famous in Doon,” said Tom.

He doesn’t think it is for the scrap metal value as “they are not worth it”.

Tom dispels rumours that one stolen sign goes back to the foundation of the State.

“They six were made in a foundry in Co Offaly thanks the generosity of a local man. There is only one of those left. We had them on all the approach roads into the village but they have to be replaced now,” said Tom.

One school of thought is that they are being robbed for the walls of pubs abroad.

“There must be a Doon sign in very pub in London!” joked Tom.

Doon Tidy Towns have had to pick up the tab for replacing the signs.

They are even getting a discount now from Vision Signs because they have the template made as they have ordered so many.

“The ones we are replacing them with are only aluminium because that is all we can afford. It is vandalism.

“Any information on who is doing this would be kindly appreciated. Please contact any of the committee members or a garda station,” said Tom, who adds that they have been gaining more and more points in the Tidy Towns competition.

They certainly would have lost points if the adjudicators turned up and didn’t know where they were due to the lack of signs. Another worry is tourists visiting the area during the summer.

A couple of years up to ten road warning signs were stolen in South Limerick with Tankardstown and Thomastown in Kilmallock badly hit.

The placename signs have a particular symbolism in Doon as Br Dan Fitzgerald and Doon Historical Society started a campaign for the name Dún Bleisce to be restored by the Placenames Commission who had changed it to An Dun. Over 1,200 signed a petition and it was eventually overturned.

One local told the Leader that the next time they are on holidays abroad they will be keeping a close eye on pub walls!