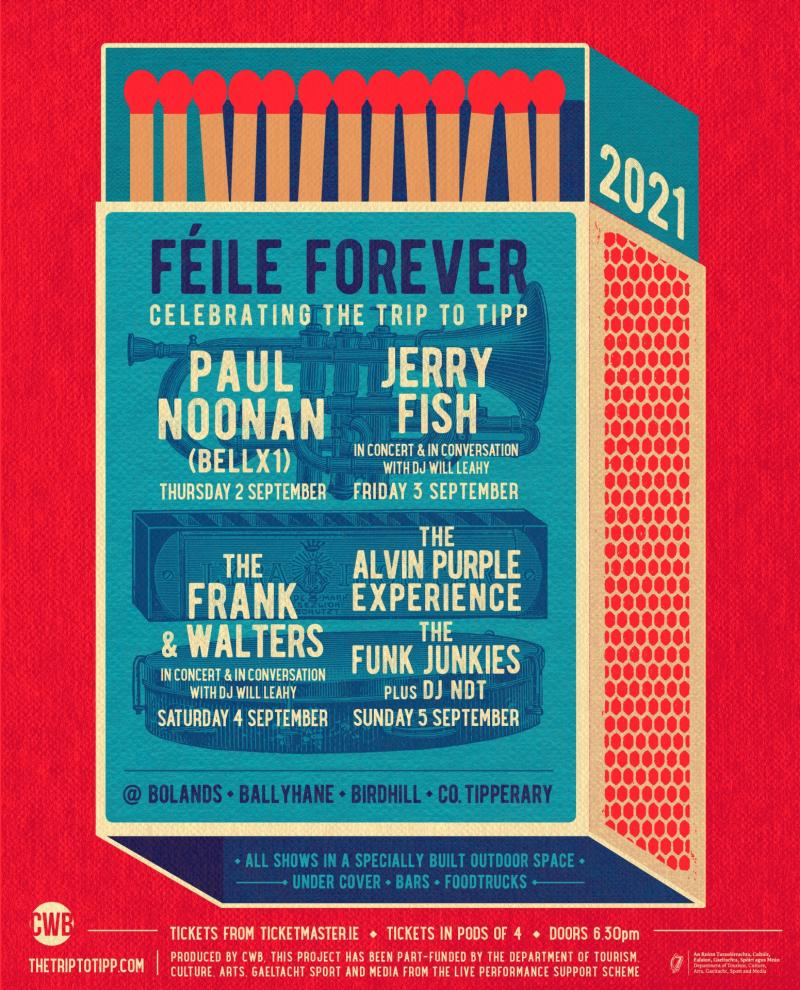 It's 31 years since the first Feile Festival in Tipperary and in a year like no other, CWB present a series of events like no other, under the title of 'Feile Forever'

From Thursday September 2 to Sunday September 5, the Feile Forever Series  will come to one of Ireland’s most beautiful locations Birdhill, Co. Tipperary at the foot of the Silvermines.

Jerry Fish, The Frank & Walters, Paul Noonan, The Funk Junkies, The Alvin Purple Experience with Host Will Leahy and Dj NDT will all line out for Feile Forever 2021

All the shows will happen in a specially built outdoor concert venue from the same team who revived Feile at Semple Stadium in 2018 and 2019.

The very first night of four see's  Bell X1’s Paul Noonan take to the stage of the specially built outdoor concert venue. Songwriter, vocalist and multi-instrumentalist Paul maybe best known as the frontman of one if ireland’s most iconic acts in Bell X1 but is also renowned  as a solo artist and collaborator on various musical projects including Printer Clips, Starboard Home, and House Plants.