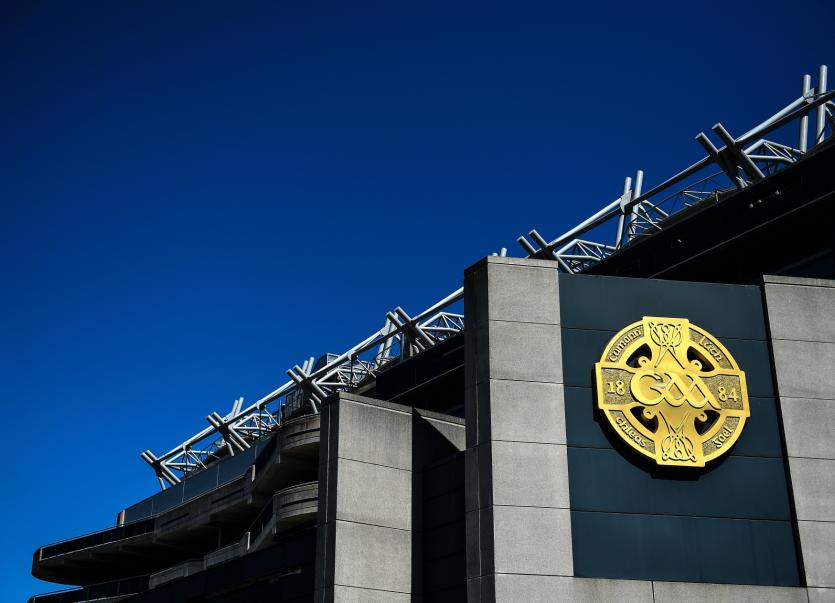 The trial continues at a temporary courtroom at Croke Park to facilitate social distancing.

The jury in a child abuse trial of three men and three women has been told the case against the children’s uncle’s partner has been withdrawn.

Addressing the jury this Thursday afternoon Mr Justice Paul McDermott said he had been considering legal matters in the jurors’ absence and “there have been a number of developments”.

He said in respect of the children’s uncle’s partner the four charges against her were to be withdrawn and she would no longer be appearing as an accused person in the trial.

The 32-year-old woman had pleaded not guilty to four counts, including sexual assault and sexual exploitation at locations in Munster on unknown dates between August 18, 2014 and April 28, 2016.

Mr Justice McDermott said evidence was given in the trial by the children initially in respect of the woman’s involvement in matters in relation to the four charges laid against her.

He said the children were cross-examined during which the girl “effectively” withdrew the allegations against this woman, while her brother indicated that he was “probably mistaken” in the evidence he gave against the woman.

Mr Justice McDermott said the case will proceed against the remaining defendants.

Mr Justice McDermott told the jury it was his “responsibility to determine whether any particular count should remain before you as a result of the evidence in the trial.”

He said he was satisfied that there was “no evidence” to support the charges he had withdrawn instructing the jury foreman that “not guilty by direction of the trial judge” should be entered beside each of those counts.

“You simply accept that as the verdict as a matter of law,” he said.

The children’s uncle gave evidence and indicated he had contact with the children “briefly” if they called to his house but said there were no “regular visits”.

“I think I was only ever in their house, once or twice, ever,” the man said after he indicated that he didn’t have a very good relationship with his sister, the children’s mother.

He told Conor Devally SC, defending that he didn’t ever do “anything inappropriate physically” to any of the children.

“Absolutely not,” the man replied.

He said the children’s evidence against him in the trial was “not true” and when counsel put specific allegations to him the man replied “that never happened”.

He agreed that he knew the children.

The man said he was not in the house the day the children were taken into care, despite evidence of him being present in the house during the trial.

He said he was on a GAA pitch with his daughter at the time because he was aware the children were going to be taken into care and he didn’t want his child to witness it.

The man agreed with Bernard Condon SC, defending that the children regularly visited his home both while he was at work and while he was home.

He accepted that he had a better relationship with his other sister and her husband, who are both co-accused in the trial, but denied that he knew anything about what was going on in the children’s home from this sister’s husband.

“I suggest it is inconceivable that you would not know about the details of their home if you were that close to that man,” Mr Condon said.

He said he didn’t see the children “in the rotten state they were in” and agreed with a suggestion from counsel that he “did not see the dirt and filth of those children”.

“It was none of my business,” the man replied before he added that he would not do anything good for his sister, the children’s mother.

“I suggest that it was more your business than his business because you were in a blood relationship with their children. What about the children? What interest did you have them?” Mr Condon asked.

“Did this man never mention to you the state of affairs in their household – where you nephews and niece were living in squalor and filth?” counsel asked.

“He never told me anything,” the man replied.

The man refused to accept a suggestion from counsel that he was “minimising his contact with the family”.

“That’s not true,” he replied.

He said he couldn’t recall if his partner ever told him about his niece and nephews using “sexualised language”.

“Are you choosing to forget it?” Mr Condon asked.

“I am not choosing to forget it?” the man replied.

He agreed that he had no idea that the children would be going into care.

“No one had let you into the secret in that house……..this must have come as a bolt out of the blue. Did you care in the slightest?” Mr Condon asked.

“I did care,” he replied but he agreed that he “did nothing about it”.

The remaining five family members, who can't be named for legal reasons, are accused of abusing three children between 2014 and 2016. The accused are the parents, aunt and uncles of the children. They range in ages from 27 to 56 and live in various locations in Munster.

The trial continues at a temporary courtroom at Croke Park to facilitate social distancing.