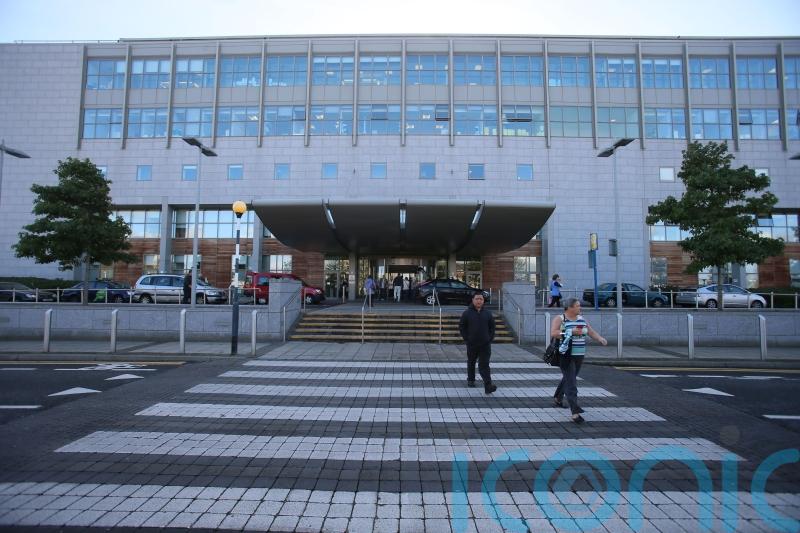 Protesters have called for the complete independence of the new National Maternity Hospital to ensure women’s health services remain secular.

Demonstrators have raised concerns about the legal framework surrounding the workings of the new hospital that was recently approved by the HSE.

Particular concerns regarding the legal ownership of the site at St Vincent’s University Hospital have been flagged.

The protesters say that there should be no religious involvement in Ireland’s new national maternity hospital.

The planned relocation of the hospital from Dublin’s Holles Street to a site at Elm Park alongside St Vincent’s Hospital, as well as its governance and ownership has been the subject of controversy for some time.

“We believe that the kind of the legal framework that was announced earlier this week, which paves a way for a deal with the Sisters of Charity and the St Vincent’s Holding group, for the proposed site at Elm Park, we don’t think will provide for the level of maternity care that we all need and want and deserve in this country.

“There’s two things that we’re really protesting here today, we want the Minister to answer the question: Why this government would consider investing up to reported figures of a billion euro of public money and hand that over to a private company.

“The second problem is the wording: The exact language that has been put into those legal assurances that were sought by the Minister for Health and the HSE which refer to the clinical appropriateness and services that are permissibly legal.

“As Dr Peter Boylan (a former master of the National Maternity Hospital) has said, this is in direct contravention to the Termination of Pregnancy Act, which actually puts it down to the choice of a woman to decide when she would like a determination, if it’s appropriate for her, rather the clinical appropriateness.

“If decisions that are being made are put down to the clinical appropriateness and if that potentially is elevated to a board, we believe that the agency and the autonomy that women and people of this country have have voted for, will be taken away.

“I don’t think anyone in this country believes that notions of the Catholic Church or the Vatican or anything should be uttered in the same sentence as healthcare.”

She said that a full range of health services should be provided at the new maternity hospital, including abortion, sterilisation, and IVF.

The Irish electorate voted to repeal the Eighth Amendment in a 2018 referendum, ushering in a major liberalisation of Ireland’s abortion law and ending what was effectively a constitutional ban on abortion.

The protest took place during a Fianna Fáil Women’s Health Conference, where Minister Donnelly made an address.

Fianna Fáil Senator Timmy Dooley, who spoke to the protesters, said it is “important” that the care of women is not influenced by any religious order.

He said, “I’m delighted that they’re here because I think they have pushed an agenda which was really important, which was to separate to the greatest extent possible, the religious order from having any input into the care of women from a health perspective.

“There’s a historical dimension to it in terms of the ownership of the land.

“I think what we now need is to move really quickly with getting the facility in place so that it’s available to those women that need it.

“For me, the most important thing is that the care of women is not influenced by any religious order, that you’re treated based on their need.

“Anything that I have read or that I’ve been in contact with to date, gives me confidence that when this facility is built that the religious order will have no input into the care of women, that all services that are available now anywhere in the world, will be available to women in that facility.

“That’s, for me, is the important thing.”