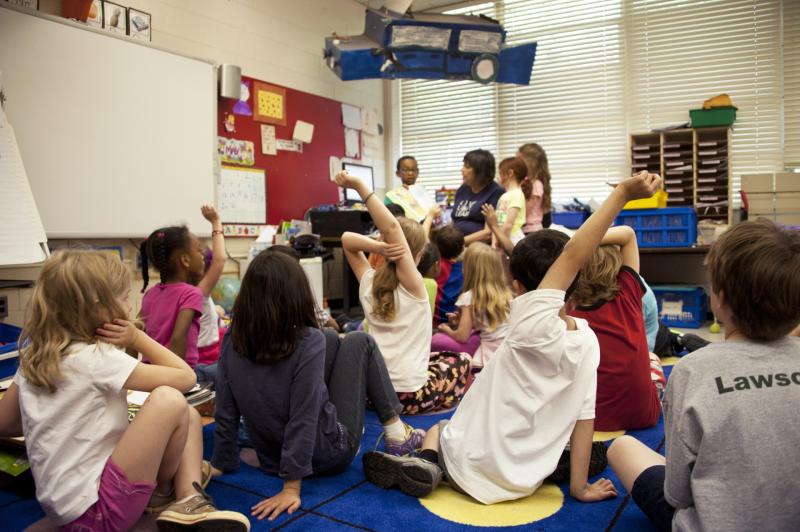 The motion also said that any reduction to the staffing schedule should be applied pro-rata to all DEIS primary schools.

The country’s primary teachers are calling for concerted action to cut class sizes in the Republic of Ireland which are the largest in the European Union.

A motion passed at the INTO Annual Congress in Killarney today demanded “a reduction in the staffing schedule to the European Union average of 20 pupils to one mainstream classroom teacher in all non-DEIS primary schools.”

The motion also said that any reduction to the staffing schedule should be applied pro-rata to all DEIS primary schools.

The Department of Education recently announced a new staffing schedule which will see average class sizes reduce from next September to a ratio of 24:1 in mainstream classes with lower thresholds for DEIS Band 1 schools.

However, this still leaves the Republic of Ireland at the bottom of the table compared the rest of the European Union where the average class size of is 20 pupils per teacher.

“Teachers need to identify the specific strengths, interests and needs that each student may have to be effective. In large classes, this may be a challenge for educators. Not because their teaching strategy may be wrong, but because they don’t have the resources and time to do so.

“We might have the lowest class size in the history of the state but we are far behind our colleagues in Europe. Despite the improvements, the OECD Education at a Glance report 2022 confirms that Ireland’s supersized classes remain the largest in the EU.