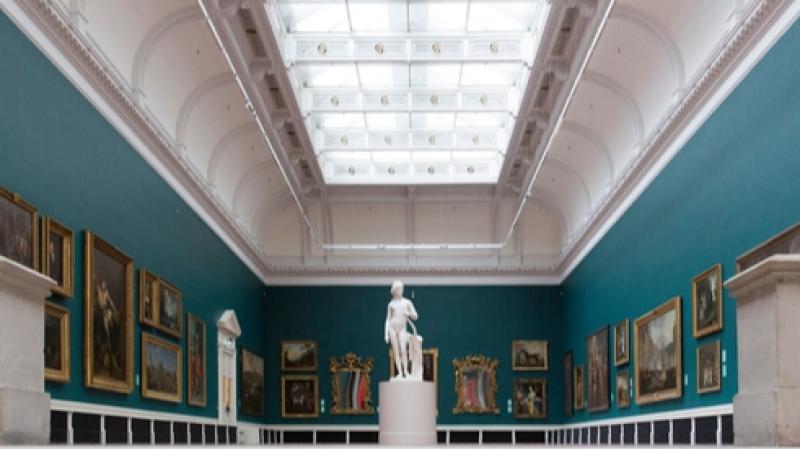 A statement issued by Aramark to Iconic Media on February 23 is as follows:

Aramark operates 3 out of the 48 direct provision centres nationwide. Our role is to support the residents living in the three centres where we operate, and to uphold our commitment to treat all clients equally. Aramark is proud of our work and our people on the frontlines of these services, providing an important service to those living in the accommodation centres we operate, as well as to the State. We operate to the highest international standards, with our sites accredited to ISO22000 and the Q Mark.

Aramark has proudly served public bodies across the length and breadth of the country for decades to bring the company’s quality, expertise, and best practice to the contracts that we have been chosen to deliver.

Irish Twitter users are vowing to boycott the National Gallery of Ireland (NGI) after awarding a café tender to a controversial food and services company.

The contract to run the gallery's café was awarded to Aramark - owner of Irish brand Avoca and operator of several direct provision centres - following a tender process, with a statement from NGI claiming the American provider 'scored highest on the prescribed assessment criteria".

However, people voiced their discontent over the news through social media:

Associating with Aramark has already tarnished your reputation so thoroughly that artists are withdrawing their work. Does Aramark’s effect on the institution’s image also fulfil the tender criteria? I am incredibly disappointed by this statement.

State whatever ye like, if the contract with Aramark remains in place then me and mine shall not darken the door until it has expired. It's that simple. I obviously have no say on how NGI money is spent but I have a say in how I respond. We boycott.

It is possible to hold a strong vocal opinion objecting to Aramark and the horror of Direct Provision. Standing in solidarity with asylum seekers and refugees is always possible.

.@NGIreland you could take this stand. https://t.co/YXlfH8GI9J

Hugely disappointing to see this- @NGIreland cafe to be run by Aramark who profit hugely from many #DirectProvision centres. I guess I’ll be adding this to the list of cafes I’ll no longer visit. Well done to the staff for fighting thishttps://t.co/2gh2INIw85

While I completely understand people's anger at Aramark they are not the issue here. Its the Irish government who, on the face of it, allow poor service delivery on the Direct Provision contract.

Unless a crime is committed, little can be done.

You're supporting the imprisonment of refugees for profit with this decision. I won't attend the gallery as long as @Aramark are there. Hopefully more people will do the same

"We are only following orders" is not the stunning defence you seem to think it is.
And pointing at the shiny art is not the distraction you hope it is.

A statement released by NGI yesterday (Monday February 21) read: "As a public sector organisation, the Gallery is bound by Irish and EU procurement law as to how external suppliers tender for, and are awarded, contracts."

The Gallery went on to state they were satisfied the evaluation process was run correctly and that the contract was awarded in line with procurement rules.

However, Gallery staff have come forward to voice concern over the awarding of the contract, as well as activists such as  MASI (the Movement of Asylum Seekers in Ireland) and artists Emma Roche and Brian Teeling, both of whom have pulled their art from NGI.

According to Ireland's Public Procurement Guide, a contracting authority must award a contract "to the tenderer identified as submitting the most economically advantageous tender having regard to the published award criteria".

Regulation 57(8) of the Public Contract Regulations lists several discretionary grounds which allow a contracting authority to exclude an economic operator from participation, however Aramark does not appear to meet any of the discretionary conditions.

These include evidence that the operator is guilty of grave professional misconduct, a conflict of interest, and evidence of showing significant deficiencies in performance under a prior public contract which lead to early termination, damages or comparable sanctions.

The European Commission (EC) encourages the use of socially responsible public procurement (or SRPP), particularly in the wake of the pandemic.

The EC's 'Buying Social' guide states: "Socially responsible public procurement helps public authorities deliver quality services and products to their communities, to achieve additional social and ethical benefits even when budgets are limited, and can therefore contribute to countering the negative impact of the Covid-19 crisis."

However, the guide only encourages "good practice" and states it is "a non-binding document which does not affect the rights and obligations set in the EU legislation".

NGI's full statement on the controversy is available here.