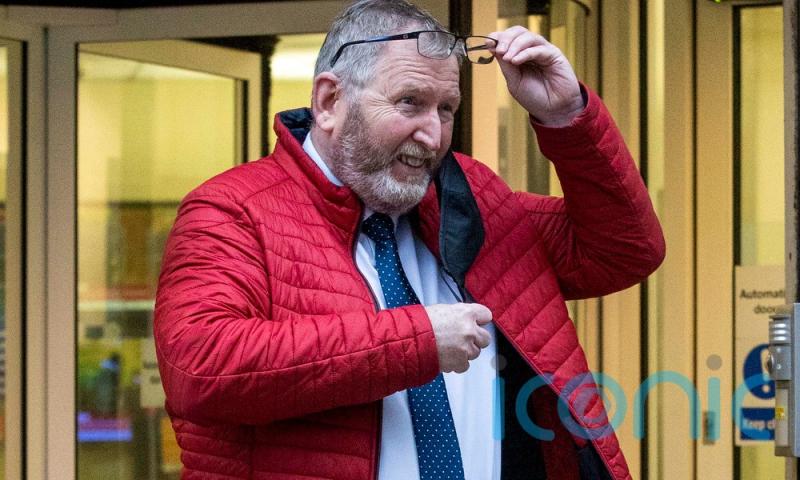 The Ulster Unionist Party leader has said he will ask political colleagues whether he should resign amid a controversy over historical tweets.

Doug Beattie has faced accusations of misogyny and racism over the content of tweets posted before he entered political life.

The Upper Bann MLA conceded that the posts, the majority of which were written around a decade ago, were “horrendous and horrific”.

“Likewise, if they think I should refer myself to the party executive or the wider council on a vote of no confidence then I shall do that as well, and the party will decide whether or not they can follow my leadership.”

He said he is “extremely embarrassed and extremely ashamed” about the social media posts.

The former soldier suggested the “dark and black humour” he used may have been a “coping” mechanism and reflective of him being “desensitised” by battlefield experiences.

But Mr Beattie insisted he is not using that potential explanation as an “excuse” for his tweets.

“I don’t want anybody to think I’m giving an excuse because I am simply not, it was wrong and I am deeply sorry,” he said.

He said he is asking his party for a second chance.

“Whether or not my party feels that I am the leader who can lead them into the election and beyond will be their decision and I will abide by that decision,” he said.

He added: “I am asking people to look at the person I am now and not judge me on the person I was 10 years ago.”

The furore has erupted after Mr Beattie posted a joke on Twitter on Saturday evening that referred to the wife of a political rival and a brothel.

DUP Stormont minister Edwin Poots said his wife was “disgusted” by the joke. Mr Beattie apologised for the post and deleted it.

He reiterated that apology on the floor on the Assembly on Monday, insisting he was “truly sorry”.

However, the controversy then escalated after focus turned to Mr Beattie’s historical conduct on Twitter.

A series of derogatory messages came to light referring to women, Muslims, members of the Travelling community and people with mental health issues.

It has marked a dramatic turn of fortunes for Mr Beattie.

He posted the tweet on Saturday evening, hours after a newspaper opinion poll indicated he was the most popular political leader in Northern Ireland.

He said his confidence had been rocked by the controversy and he had isolated himself from friends and loved ones.

“I have to pick myself up and come out of the shadows and face this head on,” he said.