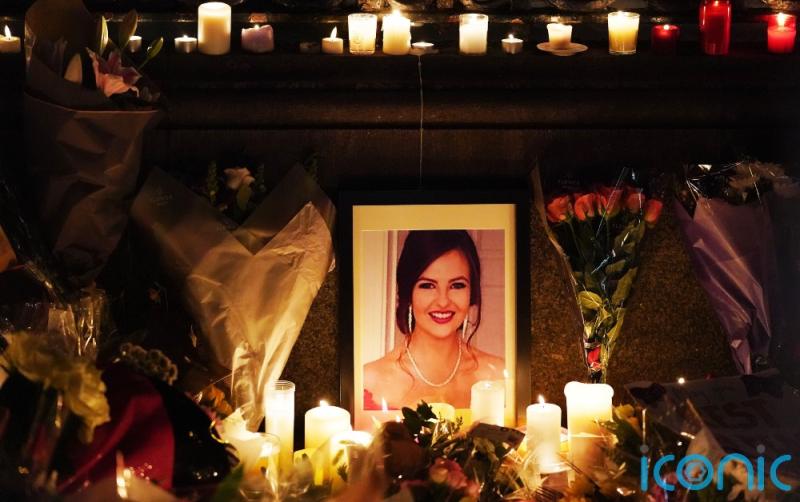 The Justice Minister has said that a “zero-tolerance” approach will be central to a new Government strategy tackling gender-based violence, as the investigation into the murder of Ashling Murphy continues.

Irish police are still hunting for the killer of Ms Murphy, a 23-year-old teacher who was found dead after going for a run on the banks of the Grand Canal in Tullamore.

The murder has caused widespread anger and shock in Ireland and beyond, with tens of thousands of people attending vigils in recent days to remember Ms Murphy.

The Garda said it had made “significant progress” in its investigation, but was not releasing details for operational reasons.

It is understood that gardai have identified a new person of interest, who is believed to be in hospital in the Dublin region, and are waiting to speak to him.

It comes amid reports that searches have been carried out in Tullamore and Dublin as part of the investigation.

On Sunday, Helen McEntee said that a new Government strategy to tackle domestic, sexual and gender-based violence will be published by the beginning of March.

It would, the Justice Minister said, take a “zero-tolerance” approach to violence against women.

She told Newstalk: “I think what we’ve seen this week really is an outpouring of grief right across the country from women, men, children, all of whom have come together in solidarity with Ashling’s family and her community.

“But in particular, have come together to demand that there is zero tolerance for this.

“I myself have often decided, ‘well, I’ll go out for a walk at this time of the day or I’ll go to this area because it could be safer’. That shouldn’t be the case.

“And what we’ve seen now is everybody in society coming together to say this should not be the case. We should not tolerate this.”

She said that the new strategy will build on the previous strategies produced by the Government.

“We’re building on the progress that has been made and we have made progress, but we’re looking at it slightly differently. We have set a clear goal – zero tolerance.”

She said that all Government departments, state agencies and the gardai, as well as the wider community, needed to play a role in ensuring the strategy is a success.

Ms McEntee was asked about the cancellation of hundreds of emergency calls to gardai in 2019 and 2020, which last year led to a public apology from Commissioner Drew Harris, and whether victims could have confidence in a police response.

“We have all committed collectively to make sure that that does not happen again. And that when somebody takes that difficult step to come forward, that they will be treated with the respect and the dignity and the support that they deserve,” she said.

As vigils and memorials to Ms Murphy continue to be held, prayers were said at masses across the country on Sunday for the young teacher.

The funeral of Ms Murphy will take place on Tuesday at St Brigid’s Church, Mountbolus, in Co Offaly.

At a vigil in north London on Saturday, people held candles and stood in silent tribute outside the London Irish Centre.

Traditional music was played in honour of Ms Murphy, a talented fiddle player, while some of the crowd quietly sang or hummed along.

Anna Johnston, cultural officer at the London Irish Centre, said people had come together in solidarity with those who knew and loved Ms Murphy “and all the women of Ireland and further afield who are angry, distressed and heartbroken”.