Ireland has much to learn from history of division, says Taoiseach 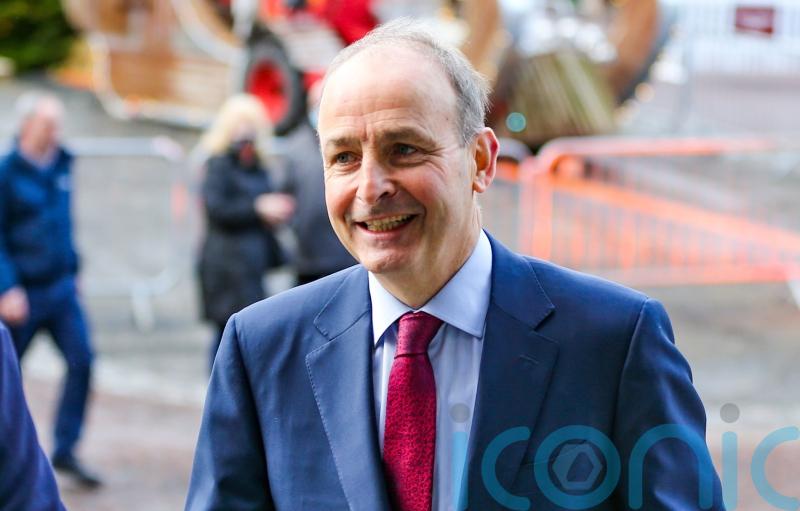 The island of Ireland still has plenty to learn from the events of 100 years ago, Taoiseach Micheal Martin has said, in a speech marking the centenary of the handover of Dublin Castle by British forces.

Speaking at an academic conference in Dublin Castle organised by Trinity College Dublin, the Irish premier said that it was “impossible” not to look back at the partition of the island 100 years ago and see “what we lost”.

“In almost every way possible bad faith was shown toward the nationalist majority on this island when it came to addressing partition in 1922 and the years following,” Mr Martin said.

“London’s indifference to the reality of the sectarianism faced by Northern nationalists also caused immense damage.”

The Irish Provisional Government took possession of Dublin Castle on January 16 1922, following the signing of the Anglo-Irish Treaty which brought to an end the Irish war of independence against British rule.

The previous year, the British Government had partitioned the island to create Northern Ireland.

Culture Minister Catherine Martin was among the other speakers at the two-day conference.

Mr Martin on Saturday referred to the “deep and lasting shock” produced by partition.

“Their churches, unions, sporting organisations, legislators and much more had never before been divided in this way.

“Even for many unionists this was an unnatural divide which I believe is rightly seen as shaping much of our subsequent history – and not for the good.”

Mr Martin told the conference: “Much and all as I believe we have a right to question if they were justified, we cannot ignore the fact that there were many who feared an independent state and that this motivated their push for partition.”

The Fianna Fail leader praised the fact that there now exists an “agreed blueprint” to decide the constitutional future of the island, and praised efforts in recent years to increase connections between both sides of the border.

But he said: “I think it is impossible to look back a century and not see what we lost.

“We lost a chance for a more diverse, challenging, creative and successful state.

“One which, with goodwill, might have found ways to lead the world in working to overcome sectarianism.”

The Taoiseach also warned of the danger of trying to “distort” history, emphasising the place of historians in the battle against “disinformation and populism”.

“Now, more than at possibly any point since the end of the Second World War, the practice of history and commemoration matters profoundly. It goes to the heart of who we are and the society we want to be,” Mr Martin said.

He told historians: “The harsh reality is that ours is a world where disinformation and populism are a very real threat to the sustainability of free democracies.

“And in fighting this threat, an absolutely essential requirement is to have a diverse range of independent historical scholarship, and to not stop at this, but to make it accessible, to support it through independently administered grants and to open archives as widely as possible.

“Above all we have to stand against attempts to distort the complex reality of our history to meet partisan needs of today.”

He criticised the altering of curriculums “to promote a more uniform and closed set of narratives about the past”.

“Different countries are seeing calls for ‘patriotic history’ to be taught. New monuments are being erected to focus on reopening historic grievances,” he said.

Ireland is preparing to mark and commemorate a difficult period in its history, with divisions over the Anglo-Irish Treaty turning violent and culminating in the outbreak of civil war in 1922.

Mr Martin referenced these divisions, which defined Irish politics for decades, in his speech.

“The process of establishing a new state began here on January 16 but was not fully completed until December 6,” he told the conference.

“Between those two dates a remarkable number of decisions were taken and events occurred which had profound implications for the future of our country.

“The British did not leave on January 16, and the nature of the withdrawal during the year is something which deserves more attention for its impact on the divisions within the country.

“And of course, the drift towards, and sudden outbreak, of civil war casts a shadow over everything.”

He continued: “When the lord lieutenant greeted the new provisional government and formally began the transfer of power it was a moment which marked a once unthinkable success for Irish nationalism and republicanism.

“It was not a moment of unity, but it simply could not have occurred without the broadly-based revolution which had proceeded it.”

Mr Martin said that Ireland had conducted a “meaningful and respectful” approach to commemoration in recent years.

Ireland is coming towards the end of a so-called “decade of centenaries”, which began in 2012 and has seen a range of events and commemorations take place marking Ireland’s journey towards independence.

“I am very conscious that there is a delicate balance to be found in a free democracy between appropriate commemoration and the promotion of a fixed national narrative,” Mr Martin said.

“Every state has a right to remember and honour its founders and the traditions which both won the support of the people and secured progress.

“However, this can never be allowed to become inflexible and closed to new perspectives. It must respect the fact that diverse societies allow open, reflective debate.”