From London’s Wigmore Hall to Rathkeale 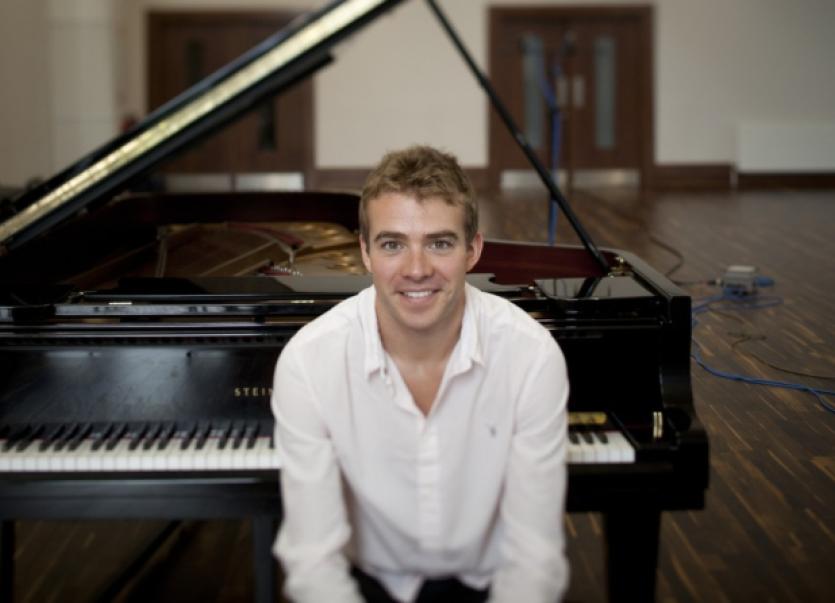 HE is young. He is cool. He has a string of firsts of all kinds behind him already. He has been named as National Concert Hall Rising Star and last month he received a standing ovation when he made his debut at the prestigious Wigmore Hall in London.

HE is young. He is cool. He has a string of firsts of all kinds behind him already. He has been named as National Concert Hall Rising Star and last month he received a standing ovation when he made his debut at the prestigious Wigmore Hall in London.

Now, Limerick audiences will have another chance to hear concert pianist Fiachra Garvey when he will give an intimate recital in the Rathkeale Arts Centre on Friday, November 29.

“We are absolutely delighted that Fiachra has agreed to give a recital in Rathkeale,” a spokeswoman for the Rathkeale Community Arts Group said this week. “He is an exceptionally talented young man, with a lovely warm personality and he has prepared a smashing programme for the Rathkeale concert.”

But, she added, tickets are limited as the venue holds just 90 people and booking in advance is advised.

Fiachra Garvey however is no stranger to West Limerick. The son of Vincent Garvey, a farmer in North Wicklow, Fiachra’s mother, Mary Curtin, is from Broadford and Fiachra is a regular visitor there. He has also performed in Broadford on a number of occasions over the years.

But it could all have been so overy different. Having played piano since the age of five, Fiachra was torn between becoming a vet or a full-time pianist when he left school. And, after a trial run at veterinary, he switched to music, where he has met with considerable success ever since.

In 2009, Fiachra won the Brennan Prize at the prestigious Axa Dublin International Piano competition, which could be described as the Olympics for young pianists, along with the McCullough Bursary. After that, as Ireland’s top prizewinner at Axa, he went on to represent the country at the first EU Piano Competition Prague, and on reaching the final, made his concerto debut with the Janáček Philharmonic. In 2010 Fiachra received the Audience Prize at the 3rd Soirees-Concours Internationales de Piano a Collioure, France.

In 2011, Fiachra made his debut at the National Concert Hall and was named as a Rising Star and last year, his debut album Fiachra Garvey, For The Piano was released under the Lyric FM label. He has performed at the New Ross Piano Festival, at the Brighton Festival, in St Martin in the Fields, at the West Cork Chamber Music Festival and in Japan. He has also performed with the National Symphony Orchestra.

At the Rathkeale concert, Fiachra will perform, among other pieces, Beethoven’s Moonlight Sonata, a Chopin Polonaise, some Brahms’ Variations and Stravinsky’s Petrouchka. Tickets for the event cost just €15. To book yours contact 086-1249955. They are available also at John Dinnage’s Menswear in Rathkeale. The recital begins at 8pm sharp when the doors will close.