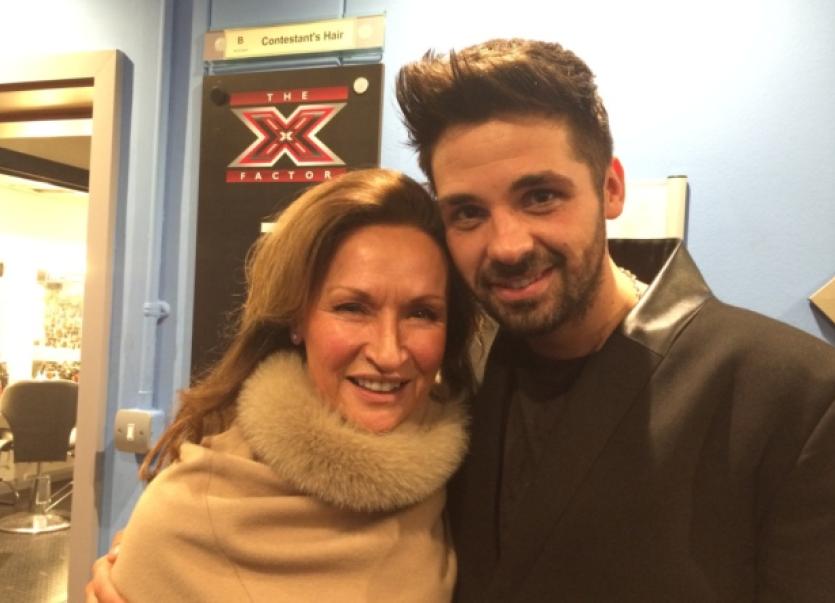 Celia attended the semi-final of the ITV show in London at the weekend which saw Fleur and fellow contestants Ben Haenow and Andrea Faustini qualify for the final while 17-year-old Lauren Platt was eliminated following the dreaded sing-off.

All three finalists will compete against each other in front of 10,000 people at Wembley Arena next weekend in the hope of winning a lucrative record contract.

Celia, who attended the semi-final as a guest of long-time X Factor judge Louis Walsh for her birthday, says she’s looking forward to the final next Saturday night. “Of course I will (watch it) now that I have seen them up close, of course I will,” she said.

The model-agent who attended the semi-final with her husband, Ger, and friend, John McNamara said while the X Factor studios are smaller than she expected, it was a great experience to attend the live show.

“It was fabulous, you can’t but tickets, you have to apply or be invited and I was thrilled to have been there, it’s just a phenomenal show, they had more than four million votes,” she said.

Fleur East’s performance of Uptown Funk on Saturday night has topped the iTunes chart in the UK and Celia believes she will go on to win the competition.

“Really and truly if you saw her in the flesh she is a real star, she has great star quality and she is a bit older than the others and has a bit more experience but I really think she has a great chance and I do think myself she could just tip it,” she said.

Over ten million people in the UK are expected to watch the X Factor final while the show is also likely to be one of the highest rating programmes of the year on TV3, which broadcasts the X Factor in Ireland.