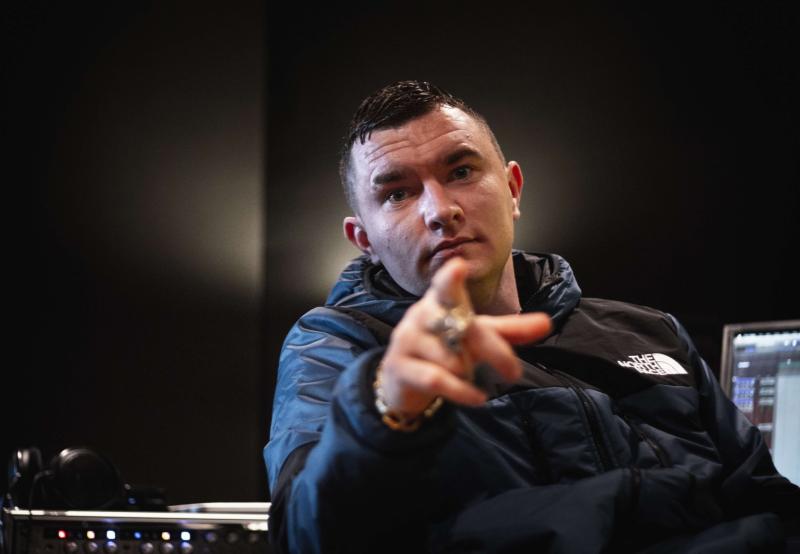 Kuti Gris, the debut album from WIllzee, is out now,

THE MARGINS have always been the most fertile ground for hip hop and 29-year old, Limerick born Traveller, Willzee (William Casey) is no stranger to the space between the lines.

With a mission to inspire others, his first full length album Kuti Gris (Gammon for piece of the heart) is an unsentimental epilogue of a fascinating life “urging a different course for communities in need of care, locally and worldwide.”

Willzee, a Traveller raised in a ‘settled’ foster home admitted he always felt he was the odd one out and different to the rest. “I existed in the middle line of both cultures which at first was difficult, but as I grew so did my meaning and purpose” says Willzee.

The album is used by Willzee as a means to honestly express his identity as well as loss. “Throughout my life, my heart has been broken multiple times from the loss of both my parents to siblings and friends”.

Kuti Gris means ‘a piece of heart’ in Traveller Gammon language, an accurate reflection of how each track represents a piece of heart lost or found. Check out the focus track 'On Top’ on Spotify.

With a musical style harking back to the golden years of 90’s rap, and musical heroes such as Eminem, Hopsin and proud Traveller, folk-rapper Steo Wall, Wilzee’s rap is a gritty take on the issues faced generation’s Z and Alpha.

His music is informed by global issues such as climate change, local issues like the scourge of hard-drugs, as well as the personal issues he has encountered in his life.