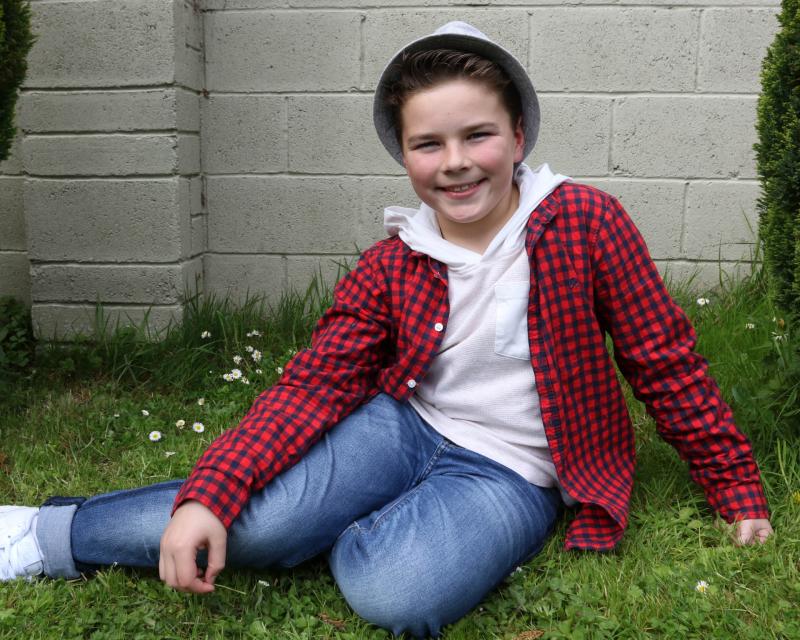 Cillian was chosen from 500 children who had applied from across Ireland and the UK by the talent scouts | PICTURES: Brendan Gleeson

A TEN year-old boy from Limerick has set his sights on Hollywood after he was signed to a talent agency that works with the likes of Disney and Netflix.

Cillian Tobin has loved performing since he was a young child and he hopes to one day make a career out of it.

The young boy, from Westbury, has just signed an 18-month contract with Chicago based talent agency Talent Auditions.

Cillian was chosen from 500 children who had applied from across Ireland and the UK and the Scoile Ide fourth-class student has already started preparing for auditions.

Cillian is a member of Spotlight Stage School and he also plays the trumpet with the Redemptorist Centre of Music in the city.

The talented singer's mother, Jennifer, told the Limerick Leader that they have always known that Cillian wanted to perform.

“He is always singing, acting, doing monologues, that kind of thing. He was doing it over lockdown as well because all of that kept going over Zoom."

“It can be hard to get into as Ireland can be closed minded about that sort of stuff. Grainne Ryan from RTE is a family friend and she was always sending me links for things for Cillian to apply for.

“If it was a fit then I would send in an application for him, he has been applying for things since he was about four.”

It was one of these applications that got Cillian his audition with Talent Auditions who train and market children between the ages of four and 17.

The agency helps their clients get set up with marketing tools, provides connections to industry professionals and training from their famous clients.

Currently, Cillian is been mentored by MTV's series actor Ryan Kelley from the show Teen Wolf and Hannah Kat Jones from Disney's Austin and Ally.

The agency described Cillian as "Prince Charming with style and a beautiful smile", a sentiment his mother definitely agrees with.

“Anyone who knows him says there is a stage for him in Hollywood. He played hurling for a while but he used to pretend the hurley was a microphone or a guitar so that was very short lived!

“He is preparing for a showcase at the end of May now where he will get exposure to casting agents from Disney and Netflix.”

Remember the name Cillian Tobin, it will be up in lights one day!