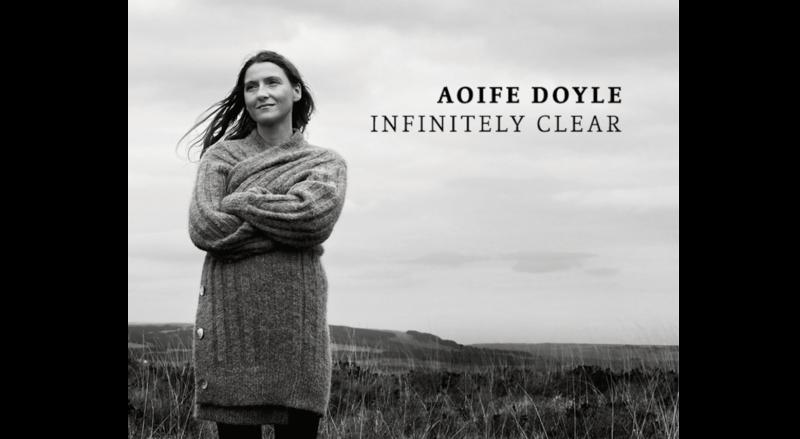 Bray born but Limerick-taught songwriter and musician Aoife Doyle, will release her third album on April 22, 2022

A FORMER Limerick based artist is exploring the links between love, loss, and spirituality in her new album Infinitely Clear.

Irish singer, musician and songwriter Aoife Doyle, who previously studied an Ma in Songwriting at the World Academy of Music in UL, is releasing her highly anticipated third album.

Songs already released from the album include 'Strength To Be Strong', 'Clare Sky', 'They Say' and 'Love Conquers All'.

Performing for many years, it wasn’t until moving to Liscannor, on the West Coast of Ireland, that she found her song writing voice.

"In Clare, I had more quiet time to reflect. The lack of billboards, traffic and other superficial stimulation makes life a lot simpler,” she said.

She cited nature as the most primal form of creativity and added that living in the country and keeping a garden unearths the true cycle of creation, from seed to harvest.

“Watching this cycle has helped me greatly to understand the nature of creativity as well as the time, attention and care you have to give to gain a fruitful harvest.

In Pictures: Limerick students to put catwalk skills to the test

“And this learning has facilitated my song writing,” she stated.

Originally from Bray, she grew up in a house steeped in traditional and folk music.

Her musical influences include the likes of Ella Fitzgerald, Sarah Vaughan, Billie Holiday and Marvin Gaye, to name a few.

Infinitely Clear was produced by the esteemed musician, arranger, and producer Michael Buckley, who said that the album has hints of jazz as well as being influenced by soul and R&B.

Check out the full album from April 22 on Bandcamp, Aoife’s website and other online streaming platforms.