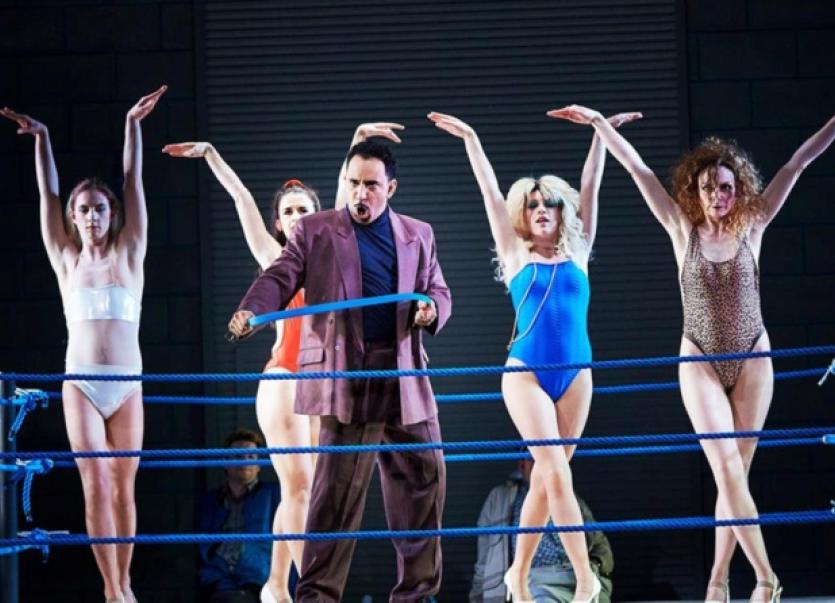 DESCRIBED as dark and gritty with - be warned - simulated sex scenes on stage, this is Verdi’s Rigoletto as you have never seen it before.

DESCRIBED as dark and gritty with - be warned - simulated sex scenes on stage, this is Verdi’s Rigoletto as you have never seen it before.

The brand new production of the tragic masterpiece has been dramatically reimagined by Opera Theatre Company and comes to the Lime Tree having been given a makeover by playwright Marina Carr and director Selina Cartmell.

Described as “one of the greatest operas of all time” and featuring the stunning La Donna È Mobile - made famous by Pavarotti - the intense tale of lust, power, revenge and betrayal has been given a contemporary translation by Carr and transposed to 1980’s Dublin and sung in English.

The company, in existence for 29 years, is famous for offering a fresh take on classic masterpieces but even the conductor for Rigoletto, Fergus Shiels, says “we have pushed the boat out a little bit” for this production.

“It is unusual that we are commissioning a new translation because that gives us a sort of a different slant on the original Verdi score and another layer of interpretation between the original score and the audience, and it is her particular take on the world,” he explains.

“We perform the score exactly as Verdi wrote it, apart from the language. But the language is a huge part - in Italian, the original language it was written in, words tend to end in vowels and that is very easy to sing.

“We talked about all these things and tried to find words in English that ring and sound well when you sing them. If you were writing a completely new opera, you would write the words first and then the music to fit with them - here were kind of retro fitting the words into the existing music. So it was quite a challenge.”

Asked if there is a jarring between such instantly recognisable music and the modern setting, he says “it will be a shock for people initially - but once you accept it and go with it, I think it is phenomenally well thought through.

“It is very dark and it is extreme and I think the music - opera is very extreme, people don’t sing like that normally. I think having a setting that is very extreme as well is good, it matches up with the whole world of the opera.”

Rigoletto is in the Lime Tree on May 30