Derek Ryan: the country boy who was born to sing 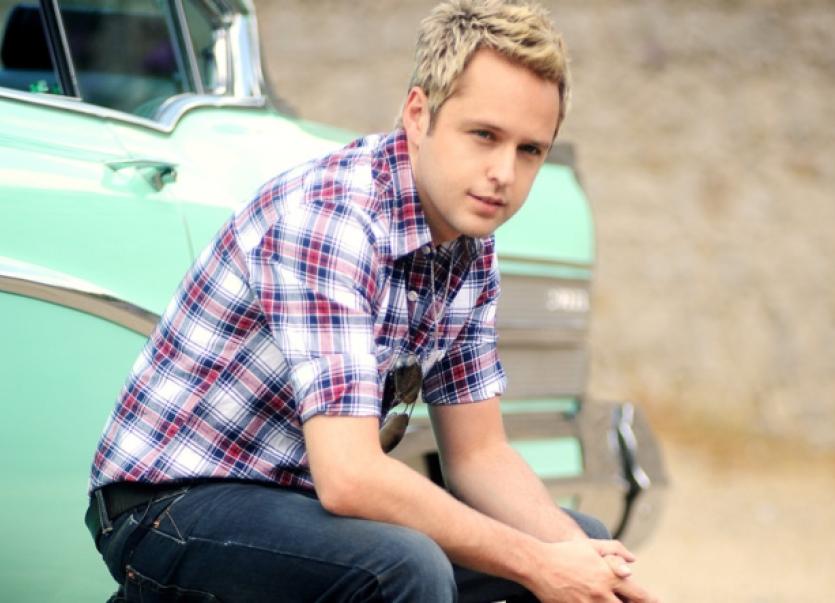 ONE of the distinctive features of the WestFest festival experience has been its refusal to be boxed into any one category and this year, as in previous years, there will be a mix of musical genres, ranging from reggae to rock, from traditional to Irish country.

ONE of the distinctive features of the WestFest festival experience has been its refusal to be boxed into any one category and this year, as in previous years, there will be a mix of musical genres, ranging from reggae to rock, from traditional to Irish country.

And making his WestFest debut this September will be Derek Ryan who is, himself, no stranger to a wide range of musical influences and who, at 31, has made a big name for himself both in the world of pop and now in Irish country music, easily making the transition from boy band idol to King of Country.

Reared in county Carlow where his dad had his own band, traditional music was strong in the Ryan household and Derek himself picked up All-Ireland prizes for the bodhrán and was part of a successful Grúpa Ceoil. But it was also a household where Garth Brooks and Willie Nelson were held in admiration and as teenagers he and his brother Adrian used to gig together as the Ryan Brothers.

“We would have done all the socials, dances around Leinster and Munster,” Derek explained.

Then, at the age of 17, he became the vocalist in the pop group D-Side and for the next six years he was living the life of a pop-star.

“We were performing on Top of the Pops, big TV shows, we were number one in Japan, we travelled quite a bit, toured Japan and Germany and had a few number one records. It was a great experience, doing the interviews, the radio, the tv shows. It was a great platform to come back and do my own thing,” he said.

But coming back was always part of the plan, he explained.

“I have been writing songs since I was 13 or 14. I was big into the song-writing and it was always a plan to come back and do that,” he said. And that song writing brought him full-circle to his country roots.

“We grew up listening to Irish country music first of all. We were lucky enough to get tickets to go to see Garth Brooks in Croke Park, when it did happen. That made me love American country music and my dad was listening to Johnny Cash, Hank Williams and others,” he recalled.

It is a genre that he really loves and connects with.

“The songs really tell a story. That is what I love about them. And then you can perform them with a guitar in a corner of a room as much as singing in a big band.

“Country music has the influence of the traditional. We grew up with it. It comes a second nature,” he continued.

He has done acoustic tours but for his performance at the WestFest marquee, he will be delivering a big sound with his five-man band.

“I have passed through Newcastle West but I have never played there,” Derek said. “We have done a few festivals around and we are looking forward to playing the great WestFest.”

One of the big attractions of the WestFest gig will be his performance of songs from his latest album, One Good Night, which will be launched just the week before on September 4.

“This is our sixth studio album,” Derek explained.

But there are live albums also, including a DVD of his Singles Collection.

“We aim for an album a year. In our scene, you are working, recording, they all come together as you go,” he said.

“It is pretty hectic,” Derek admitted. “How do I keep going? I don’t know, to be honest. It’s a case of loving what I do, the song songwriting, working in the studio, performing. It is everything I enjoy doing. I don’t see it as working hard.”

Derek Ryan and another Irish country star, Declan Nerney, will perform on the same night, Thursday, September 10. Book your ticket for €15 at www.westfest.ie A weekend pass for all four nights of the festival costs just €49.