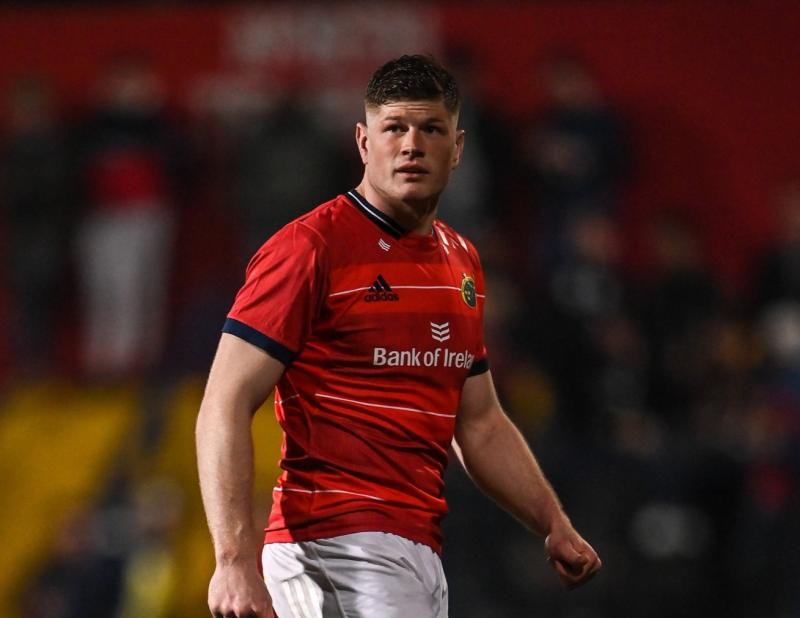 Jack O'Donoghue has been named captain

THE MUNSTER Rugby team for Saturday’s Heineken Champions Cup last-16 clash against Exeter Chiefs at Sandy Park has been named.

There are eight changes to the team that lost to Leinster last week and Jack O’Donoghue is set to captain the province in the Champions Cup for the first time.

Greencore Munster Rugby Academy member Alex Kendellen starts in European competition for the first time at Number 8 on his 14th appearance of the campaign.

Jeremy Loughman, Niall Scannell and Stephen Archer keep their places in the front row with Kleyn and Fineen Wycherley starting in the engine room.

Peter O’Mahony, Joey Carbery and Gavin Coombes were all unavailable for selection due to injury.

A hamstring complaint has ruled out O’Mahony with the Munster captain to be reassessed on Monday ahead of the return fixture at Thomond Park.

Carbery presented with a low-grade leg/knee injury following the Leinster clash but is expected to make his return to full training on Monday.

Gavin Coombes has undergone surgery on the ankle injury he suffered against Leinster and has been ruled out until May.

Saturday's match kicks off at 5.30pm and will be broadcast on BT Sport.