AFTER a Covid induced sabbatical last year the Greybridge Christmas Lights Run came back with a bang!

Over 200 tractors, trucks and cars assembled in Limerick Racecourse on December 30. It was a fantastic turnout and this year drivers went to serious efforts to decorate their vehicles.

Read more below or click 'Next' for more photographs. 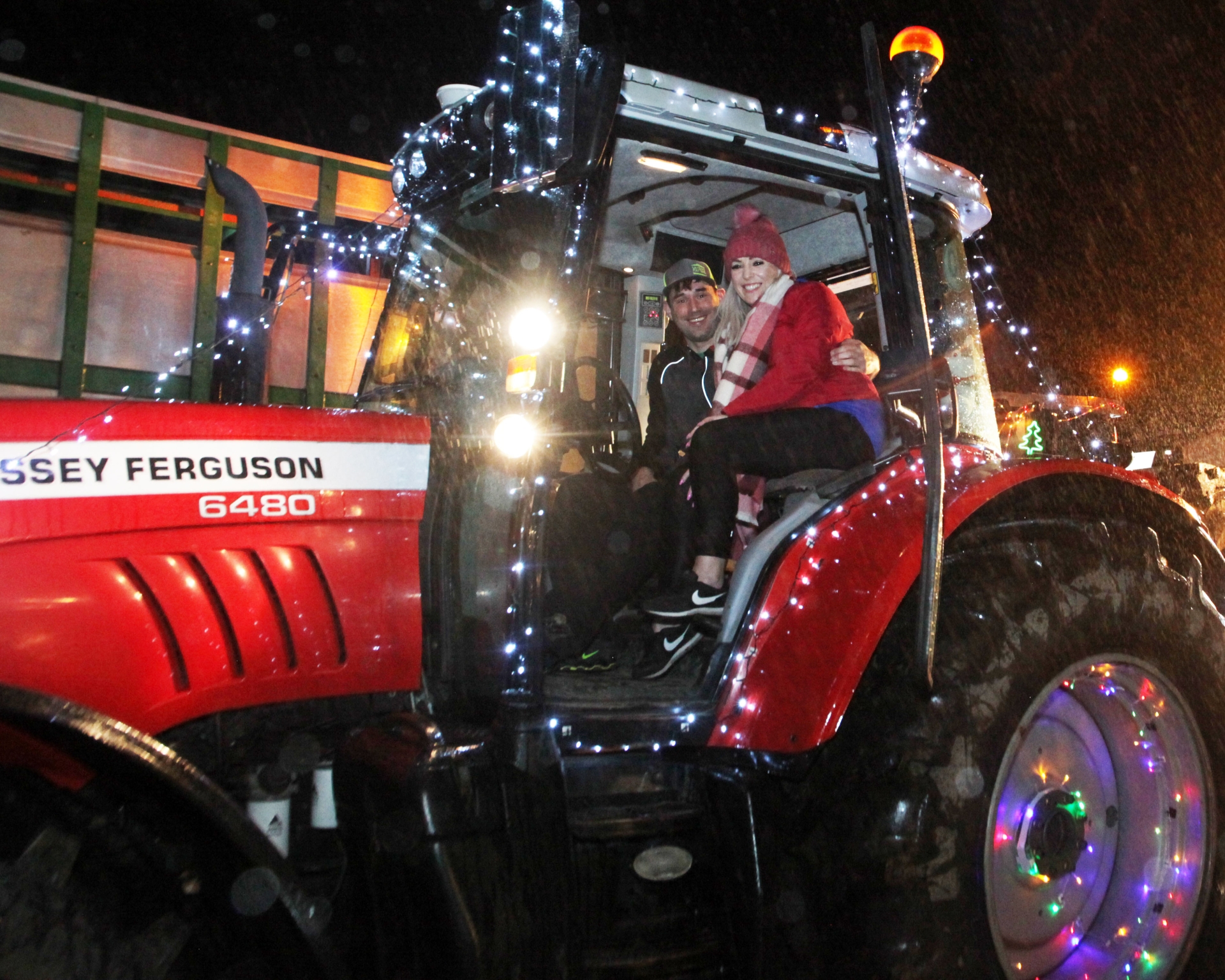 The convoy left the racecourse at 6pm and were greeted by locals in Patrickswell, Croom, Chawkes Cross, Ballingarry and Adare before finishing in the Fitzgerald Woodlands House Hotel.

“There was a fantastic atmosphere as we went through each of the villages,” said club chairman, Fiachra Liston.

“It was wonderful to see people of all ages out enjoying the evening and supporting our three very worthy charities - Cliona’s Foundation, Red Hill School Limerick and Brothers of Charity Services, Limerick,” he continued.

Mr Liston said there are many people to thank for making the evening such a success.

“All the stewards who were involved with the co-ordinating activities at the racecourse; also our team of motor bike stewards who moved the convoy so safely through each of the towns; our bucket collectors and registration team and particular thanks to Limerick Racecourse and Fitzgerald Woodlands for giving us venues which allowed us to run the event in safe and spacious locations."

“Thanks also to all the club members an event such as this particularly in current circumstances takes a huge behind the scenes effort and many weeks of work went into ensuring the event could be operated as safely and successfully as possible.”

Mr Liston said, of course, the biggest thanks of all goes to those who supported and contributed to the festive run.

“We had over 60 companies sponsor tractors for the night, over 200 drivers who joined the run along with all the people in each of the villages who turned out to enjoy the run and support our bucket collection. We still have some final contributions coming in but currently the event has raised over €15,000 for the charities involved.

“We have to of course give our congratulations to our very worthy winners on the night, thanks to our judge Mary Fitzgerald and her family who had the difficult task of picking the winners. Best car went to Erin Geary, best truck went to Lynch’s Quarries and overall winner were John and Donagh Buckley from Crecora.

“Well done again and thank you to everyone who participated, we were immensely proud as a club to have brought some cheer and Christmas spirit to the towns of West Limerick.”