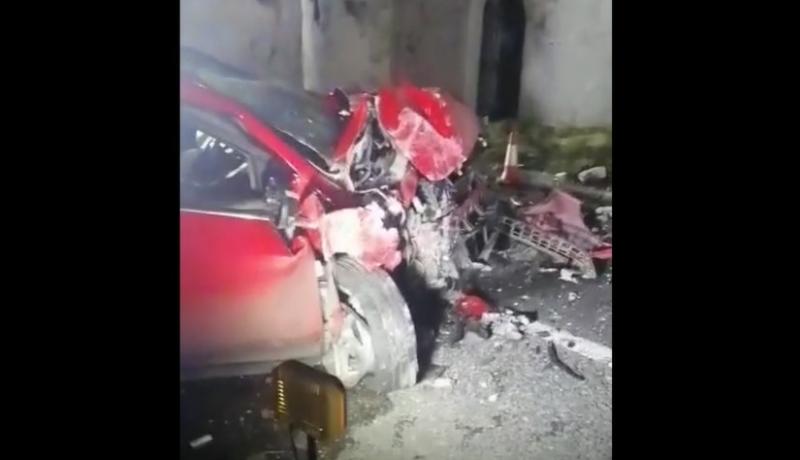 LIMERICK City and County Council staff are carrying out an assessment of the damage done to a tower lodge at Glin Castle following an overnight accident.

The lodge, known locally as the Bathing Lodge or Tower, as Looney’s Lodge  or as the First Lodge, is part of the boundary  wall of Glin Castle estate and is located a short distance from Glin along the N69.

It was severely damaged on Sunday night following a single vehicle accident in which a Ford Focus car crashed into the lodge and knocked a large hole in the base. 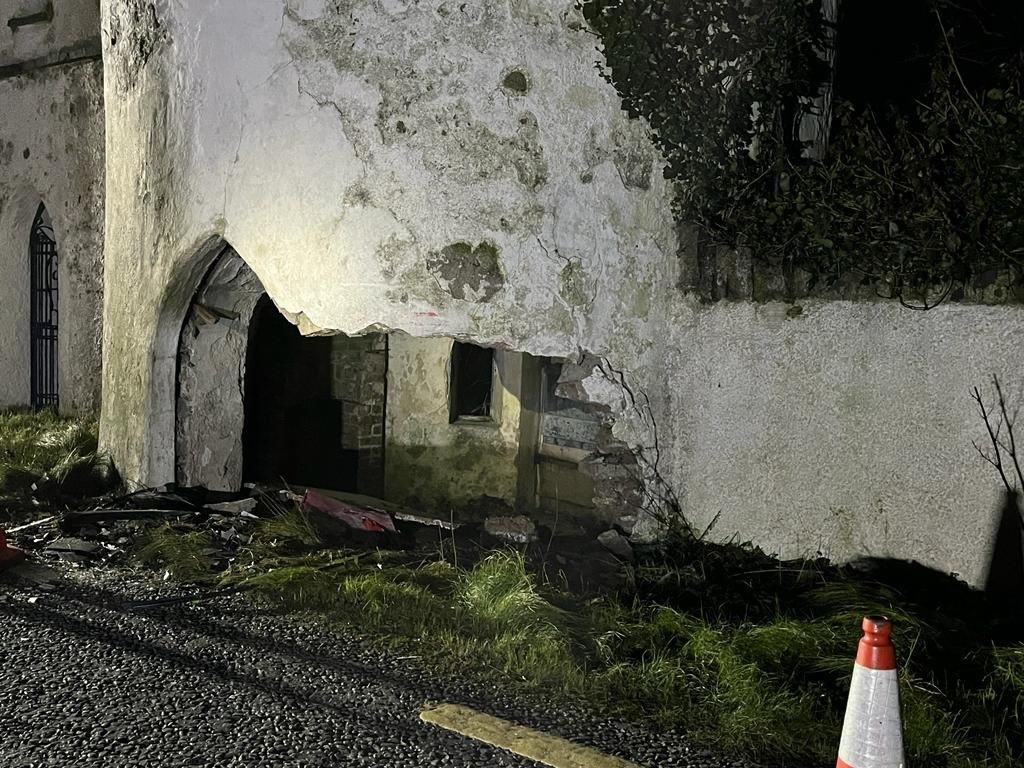 The accident occurred at around 2am. The driver is understood to be a local woman in her 20s who was travelling from Tarbert towards Glin at the time.

She sustained injuries in the accident but it is understood, they were not life-threatening.

Emergency services attended the scene including two units of Limerick Fire and Rescue from Foynes fire station. The N69 has been closed to traffic since, and diversions are in place.

The lodge, dates from the early 1800s and was used variously as a bathing lodge by different Knights of Glin and was also inhabited by a local man at one stage.

The assessment of damage will determine whether the building can remain standing with support or will need to be demolished for safety reasons.

Sunday night’s accident is the second to occur along the same stretch of road.

In a previous incident last week, a male driver collided with the stone wall on the river side of the N69.