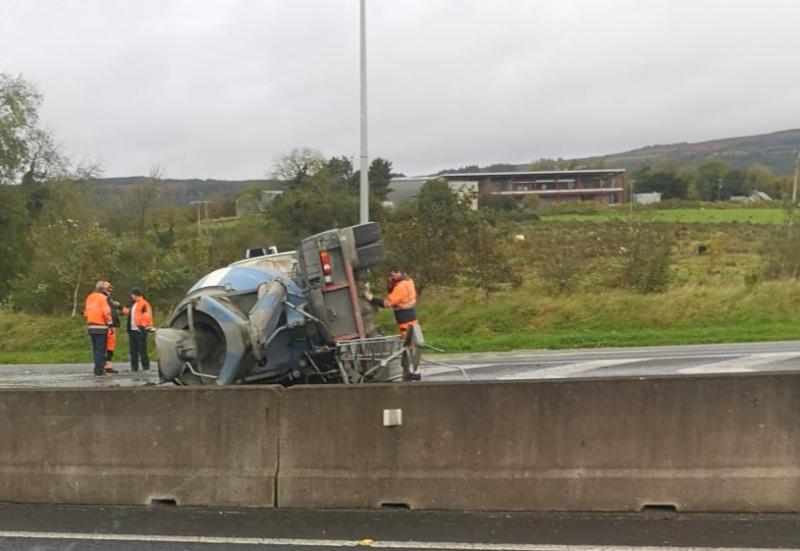 The scene of the incident on the N18

MOTORISTS travelling from County Clare to Limerick are being warned a section of the N18 has been closed to traffic following an accident this Friday morning.

The incident, involving a cement truck, happened on the city-bound carriageway at around 9.30am at junction 4 (Cratloe), close to the exit for the Radisson Blu Hotel.

There are no reports of any serious injuries but diversions have been put in place and the road could remain closed for several hours before the truck is removed and the scene cleared.

Emergency services remain at the scene of the incident including gardai and units from Shannon fire station. Personnel from Limerick City Fire and Rescue also attended but they have since returned to their base at Mulgrave Street.