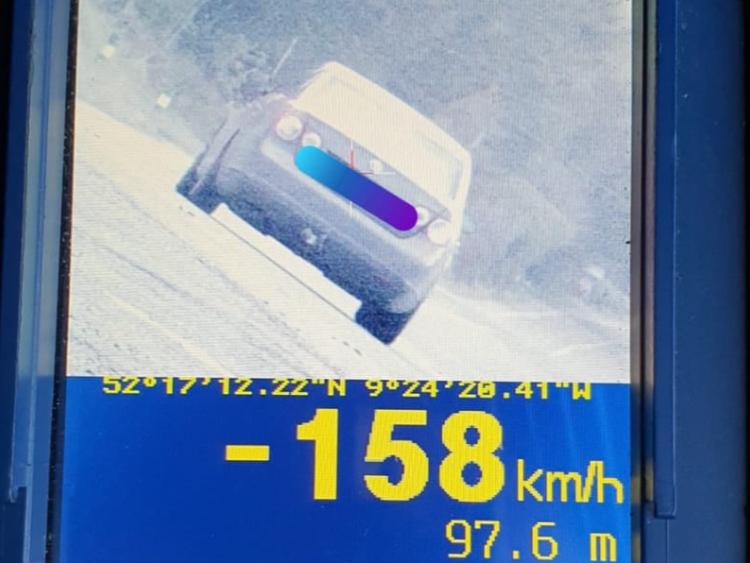 This photo was posted by gardai on social media

A MOTORIST has been fined after they were detected travelling significantly above the speed Limit on a main road near the Limerick/Kerry border.

According to gardai, members of the Roads Policing Unit in the Kerry division detected a Volkswagen car which was travelling at 158km/h on the main N21 between Castleisland and Abbeyfeale.

"Kerry RPU speed check on the Castleisland to Abbeyfeale road. One driver detected at 158km in a 100 km zone. Driver stopped and fined," read a post on social media.

In addition to the fine, the driver of the car will receive penalty points on their licence.

Separately, gardai and the Road Safety Authority are appealing to all motorists and road users to exercise caution over the coming days and weeks as traffic levels are expected to increase given the phased re-opening of the country and the lifting of the ban on inter-county travel.

Read also: Shopping and hair cuts on the agenda in Limerick as Covid restrictions are eased