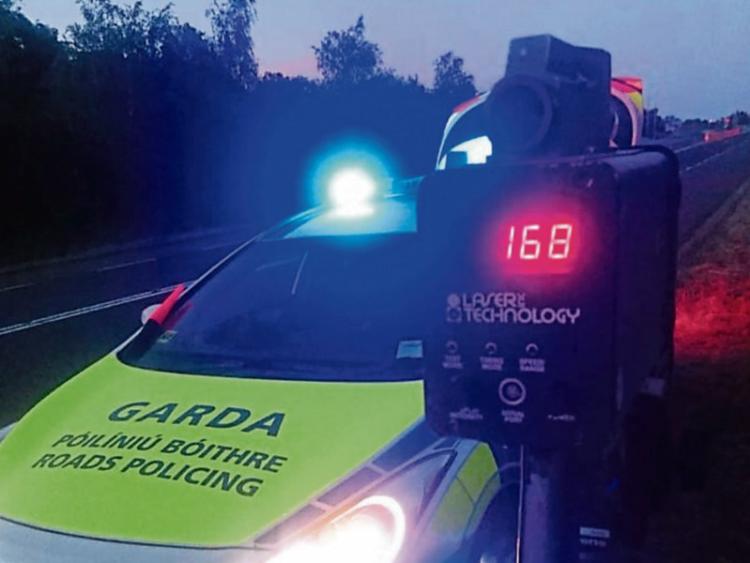 The detection was made on the N20 near Adare

A motorist who was caught driving almost 70km/h above the speed limit is facing a possible driving ban after they were charged with dangerous driving.

Gardai have confirmed the motorist was arrested after a vehicle was detected travelling at 168km/h in a 100km/h zone near Adare.

They have been charged under the Road Traffic Act and are due to appear in court in the coming weeks.

If convicted of dangerous driving, the motorist faces a mandatory disqualification and possible prison sentence.

The detection, was made on the N20 earlier this week by members of the Roads Policing Unit who are attached to the Newcastle West garda district.

According to gardai, a quantity of Amphetamine (speed) was also located in the vehicle and in the driver’s system.