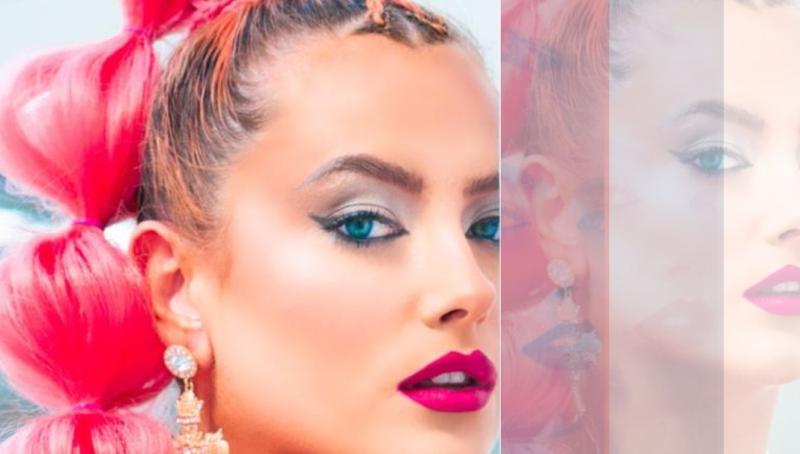 MULTI-instrumentalist Michelle Grimes arrives on the scene with a voice, panache and pop/ R’n’B sensibility that instantly sets her apart from her musical peers.
No stranger to the stage, Michelle has performed in Trafalgar Square to over 20,000 spectators as part of ‘Pride in London’, has sung for the King and Queen of Belgium as well as singing for The Taoiseach and the U.S Presidential party in June last year when they visited Ireland.
The Coonagh native has emerged as one of the country’s most promising pop acts. After the release of her first single ‘Going, Going, Gone’, Hotpress nominated Michelle alongside the likes of Dermot Kennedy and Denise Chaila for Irish artist of the year and one to watch in 2021.
Her new single ‘Date Night’ blends elements of pop and R n’ B, the song is the perfect soundtrack for your night out or getting ready for your night out.
Speaking to SPIN Michelle said: “I wrote this song at the height of lockdown. I just imagined my dream fantasy date night. I wanted to get dressed up and go out for dinner and cocktails.”
Michelle’s debut single went straight onto radio playlists across the country. Michelle smashed it at the overall International Radio Charts in Ireland landing on the Top 20 most played Artists on Irish radio alongside Ariana, Joel Corry, Dermot Kennedy, Dua Lipa and other stars. The track reached number 3 in the breaker's charts on Irish radio too!
The new single ‘Date Night’ is yet another pop anecdote from the rising Limerick artist!

“BLACKBIRD’ Presented by Decadent Theatre Company at the Belltable.
The critically acclaimed Decadent Theatre Company return to the Belltable this month with their tense and thought-provoking play Blackbird. Blackbird was an adrenaline jolt to theatregoers’ systems when it premiered at the 2005 Edinburgh Festival. It has since received productions around the world including in the West End where it won the Olivier Award for Best Play; on Broadway starring Jeff Daniels and Michelle Williams; and a feature film, Una, starring Rooney Mara and Ben Mendelsohn.
The storyline follows Ray, 56, who after years in prison and subsequent hardships has a new identity and has made a new life for himself, thinking that he cannot be found. While Una, 27, has thought of nothing else. Upon seeing a photo of Ray in a magazine, she arrived unannounced at his office.
Guilt, rage, and raw emotions run high as they recollect the passionate relationship they had fifteen years ago, when she was twelve and he was forty. Without any moral judgments, the play never shies away from the brutal truth of this abandoned and unconventional love. Una is looking for answers, not vengeance. Nevertheless, the consequences are shattering. Questions far outnumber answers in this dark drama.
Blackbird presented by Decadent Theatre Company runs at the Belltable from Thursday April 28 – Saturday April 30. Tickets €20 / €16
Book now:https://limetreetheatre.ie/events/blackbird/

To Listen
NOAH - The Way We Are Told
Breakout Irish rockers N.O.A.H are ready to drop their uplifting brand new single “The Way We Are Told’ with the help of Grammy Winning producer Ruadhri Cushnan, the band combines modern indie/alternative with 80's nostalgia!

TO SEE
MONCRIEFF at DOLANS
Friday April 22 at 8pm
Having previously performed with Adele, and impressed greats like Elton John with his songwriting, do not miss Moncrieff light up the stage in Dolans this Friday.