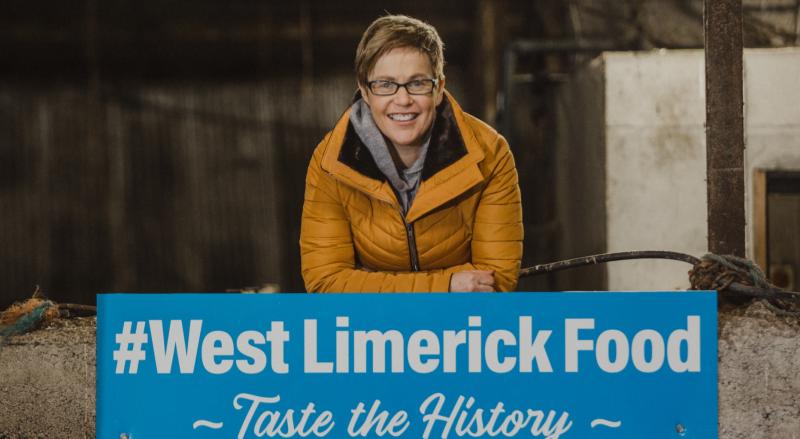 PARTICIPANTS of the West Limerick Food Series have announced that the inaugural family-friendly Limerick Spring Fest will take place on Wednesday April 6 from 1 – 6pm at the Barnagh Greenway Hub outside Newcastle West.

The festival is a collaboration of local chefs, artisan producers and food enthusiasts and the culmination of the second phase of the  West  Limerick  Food Series - a comprehensive networking and training programme designed to inspire and develop the food sector and food tourism industry by fostering collaboration between businesses in the region.
Barnagh is part of the Limerick Greenway, a 40km-long walking and cycling route which opened last summer and which connects Rathkeale, Newcastle West and Abbeyfeale along the former Limerick to Kerry railway line.
Entry to Limerick SpringFest is free of charge and tickets can be booked in advance online via Eventbrite. From 1.00pm to 6.00pm there will be a street food market and craft fair showcasing the best of West Limerick food, drinks, and hospitality offerings available in the area.
There will also be a seanchaí telling the terrifying tale of Spiorad Na mBarna along with cookery demonstrations by some of the region’s top chefs - namely Mike Tweedie (of the Michelin-starred The Oak Room at Adare Manor, and 1826 Adare’s Wade Murphy) - guest speakers, and craft making sessions throughout the afternoon.

Florence and the Machine Announce Dance Fever Arena Tour!
A very exciting week in news for Florence and the Machine fans, me included.
She is set to visit Dublin’s 3Arena on November 30, 2022. Plus her new album Dance Fever drops on May 13th.
After her short run of intimate UK shows sold out within minutes of going on sale this week, Florence + the Machine has announced her album tour for November which will take place in the UK, France, and Ireland. Florence + the Machine announced her 5th studio album Dance Fever last week with her new single ‘My Love’ . Produced by Florence Welch, Jack Antonoff and Dave Bayley, Dance Fever is the album that brings back the very best of Florence and is released on May 13th on Polydor Records.
Florence + The Machine come to Dublin’s 3Arena on November 30, 2022, with tickets from €65.60, including booking fee, going on sale at 9am this Friday March 25.

TO LISTEN
IT’S JUST CAT – IT'S NOT A VIBE
Electro –pop bliss!
A vibey one for the summer playlist with an added splash of sass in the form of the coolest drag queens you have seen!

TO SEE
ROBERT GRACE AT DOLANS
Friday March 25
A pandemic success story!
Shooting to fame on TikTok in 2020, Robert Grace now stands alongside Dermot Kennedy and Niall Horan as only the third Irish male solo act to have a top 20 hit in his native country last year. RG is one to watch and a Dolans gig not to be missed!