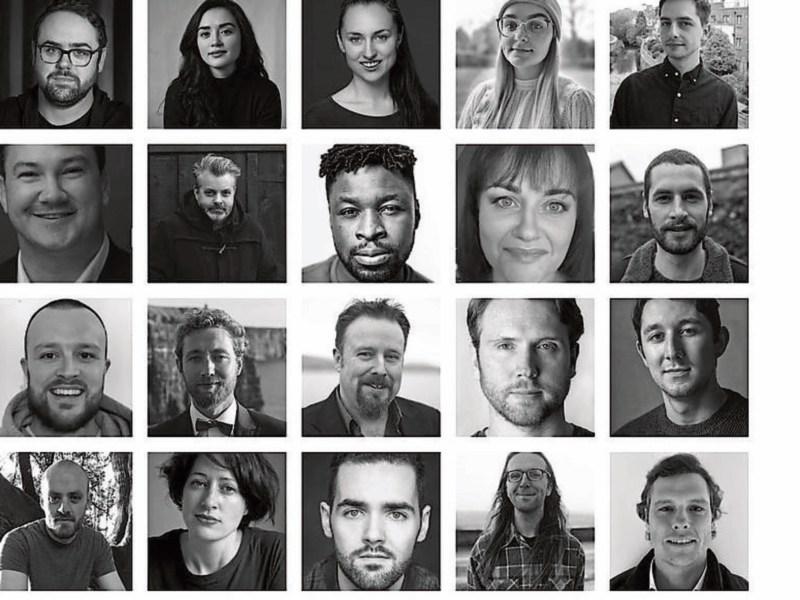 Profiles of the young filmmakers can we seen on www.engineshorts.com

ENGINE shorts, a short film development and production scheme for emerging film talent in Limerick, Tipperary and Clare has announced the six winning teams from the region.

A judging panel consisting of Limerick native and Academy Award nominee Ruth Negga, IFTA winning writer and actor Clare Dunne and Element Pictures producer Juliette Bonass selected the six winning projects following an online pitch event. Each of the teams will now receive €12,500 in funding and further training and support to produce their project in the region.

Speaking on SPIN producer and panel member Juliette Bonass said: “I was astounded at how confident, competent, intelligent and talented they all were. A massive difference from when I was growing up - that's for sure! A new fantastic and committed generation.”

Paul C. Ryan from Film in Limerick added, “We are delighted to announce the six funded ENGINE Shorts teams. From 131 applications sent in and 15 teams shortlisted - It’s been great to see the journey that the teams have taken over recent months in developing their projects. Everyone has worked so hard and the standard has been just phenomenal. We look forward to seeing the films playing on the big screen internationally and firmly putting MidWest film talent on the map.”

Simple Sheamy, is a drama based on a true story about the power of friendship and an autistic boy's fight to save his pet rabbit, no matter the cost. Directed by Rachel McGill and produced by Ronan Cassidy, the film is set on a local housing estate and will be filmed in the King’s Island area of the City.

Sour Milk directed by Mark Keane and produced by Miriam Garcia Mortell, tells the story of a teen boy who wants the boy he's in love with to stop treating him like a joke. A carton of sour milk presents him with an opportunity. The short film is set in Southhill where it will be filmed this summer.

And, director Derek Ugochukwu and producer Greg Burrows will film ‘Your not Home’ a drama about two African brothers seeking asylum who are faced with a dark entity lurking within their direct provision centre.

The initiative is run by Innovate Limerick through Film in Limerick and is a partnership between the Local Authorities in Tipperary, Limerick and Clare, and Limerick and Clare Education and Training Board. The new scheme aims to inspire and support up-and-coming writers, directors, and producers to create inspiring, engaging world-class short films that resonate with a wide international audience.

Wom@rts roaming European Exhibition in the gallery at LSAD kicked off on July 15.

A roaming art exhibition, which embodies Wom@rts work toward parity for female representation in the arts.

Viewings of this collection of works by 32 featured artists who took part in Wom@rts residencies in Limerick, Ireland (printmaking), Aviles, Spain (lens-based media), and Angloueme, France (comic book) have been predominantly online throughout this travelling European exhibition, but from Monday the Irish public will have the option to view the work in a physical or virtually manner.

The exhibition is open from 10am with last admittance at 4pm each day, and is available to view 24 hours a day on the Wom@rts site.

Also on show in LSAD is a display of risograph prints by young Irish female artists, made during a pilot training sessions conceived of and organised by LSAD and Limerick Printmakers, co-ordinated by Jess Tobin and co-produced with Women in Film and Television, Finland.

This week SPIN is giving you an opportunity to win a lifechanging prize! Tune in to Fully Charged with Ed and Valerie weekdays from 7am for your chance to win!

One to keep an eye on, budding alt pop artist Jack Hughes has dropped his will be releasing his brand-new single 'Crossed The Line'. Cinematic production and epic musicianship await... have a listen.