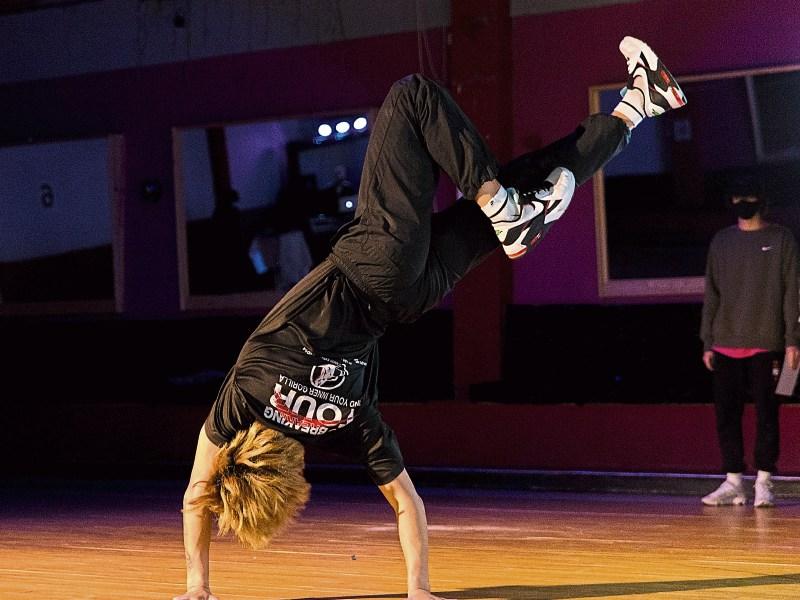 Angelo Cris Bangay: Breakdancing is set to become a Olympic sport in 2024

Forget ice skating. Breakdancing is the coolest new Olympic sport. The International Olympic Committee (IOC) has officially announced it will add breakdancing to the Games under the name “breaking’.

“Breaking’ is a style of hip-hop dance that includes footwork and athletic moves like back or head spins. The dancers, often called b-boys or b-girls, will be able to compete in the 2024 Olympics in Paris.

Angelo Cris Bangay is a Limerick “Breaker’. Born in the Philippines, Angelo moved to Ireland as a baby and grew up in Limerick.

“I've been breaking for nearly 10 years which all started back in 2011 when I went into my first dance class that was being taught by Barry Burke, who is still my current mentor to this day.’

“Barry Burke who founded the crew I'm repping 'Limerockers Cru' shared a lot of knowledge about breaking to me and to other students, which made me fall deeper and deeper into being passionate about breaking.’

“Breaking is not only a dance but a culture that I love being a part of. I have competed in many events and have travelled internationally to compete in events. I performed in a hip hop theatre show in the past called 'The Tain' and have also performed in a lot of festivals around Ireland such as Electric Picnic, Waterford Walls, Laya Healthcare Fest and many more throughout my years of breaking. I've also helped with teaching the future generation of Limerockers Cru as a volunteer dance instructor alongside Barry Burke throughout the years.”

“Breaking’ has developed and gained a global following as an art form, intertwining elements of music, dance and athleticism. Breaking made its Olympic debut at the Summer Youth Olympic Games Buenos Aires 2018 with three events: two individual events and one mixed team event. The IOC confirmed its inclusion on the Paris 2024 programme in 2020.

Angelo says: “Although I may have accomplished and achieved a lot of things throughout my 10 years of breaking, taking part in the 2021 WDSF European Breaking Championships in Russia is by far one of my biggest achievements.”

“I have been training alongside Barry Burke and Tobi Omoteso who are my coaches, to prepare and get ready to compete in Sochi this June. I'm thankful for the opportunity and excited to compete and represent Limerockers Cru, Limerick and Ireland in Russia. Let's go Team Ireland!”.

Limerockers Breaking Academy will be holding Breaking classes every Tuesday for aspiring Olympic hopefuls at the Irish Aerial Creation Centre, which will be managed by Deborah Oconnor, Coach by Barry Burke, Assistance coaches, Tobi Omoteso and Angelo Cris Bangy.

UL BOHS celebrate having rugby back on track with a DRIVE-IN movie fundraiser this weekend. Find out more and book tickets here.

SOS COOKIES and DOCO PIZZA will also be on-site to sort you out for all your snacks and goodies! All funds of ticket sales (excluding the booking fees) go directly to UL Bohemian RFC.

Oh, the excitement is real! The reopening of bars and restaurants is the perfect excuse to get out and support local this week. Breakfast, lunch or dinner (or all three) - SO many great options in the City and county.

The third single from the album ‘Holy Roses' is hot off the heels of singles ‘Small Talk’ and 'In The Heat Of The Night'. Full of emotion- a nostalgic yet modern, pop classic!

Hot on the heels of a great win against Cork. The Limerick senior hurlers play Westmeath this Sunday. Throw in is 13:45 at TEG Cusack Park, Mullingar.