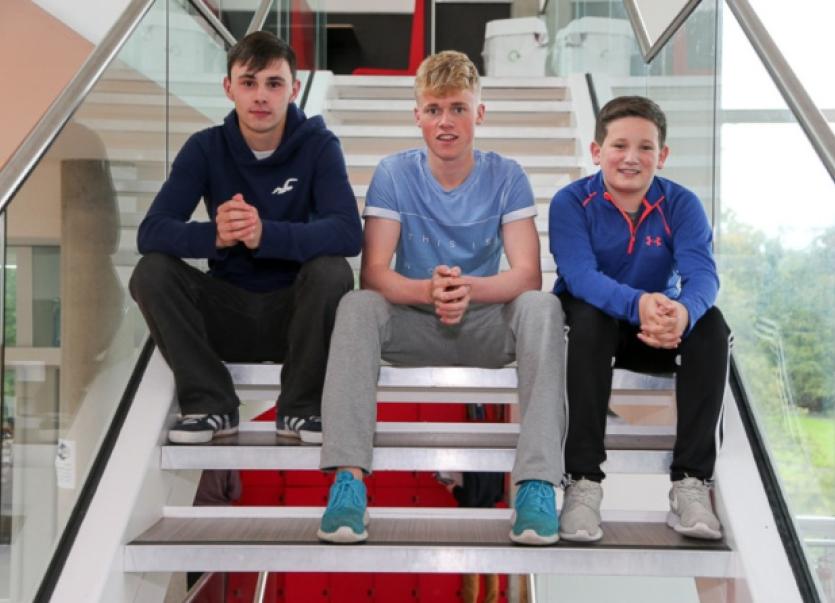 GLENSTAL Abbey School is already oversubscribed for first year pupils a year in advance for the first time since the Celtic Tiger days.

GLENSTAL Abbey School is already oversubscribed for first year pupils a year in advance for the first time since the Celtic Tiger days.

They also have their largest ever number of boys in their 80-year history with 237 and even applications up to the year 2027. In a sign of the recovering economy and the school’s standing the student population has risen by 56 in the last three years, said Noelle O’Brien, director of admissions and development.

“Our numbers are up to 237, that’s an increase of 19 on last year. We have taken in 65 new students from first year to fifth year - local, national and international. We had to turn people down for places in fourth and fifth year - we don’t take any students in sixth.

“We are oversubscribed by a third for first years in 2016. We are currently inviting applications for first year in 2017,” said Ms O’Brien.

They aim to grow the school to a maximum of 270 following their €6m extension - officially opened in January 2014 - in with three classes of 15 boys in each year.

Currently fees for boarders stand at €17,950 and €10,600 for day boarders. Around a fifth of the student population is made up of day boarders mainly drawn from County Limerick as well as Tipperary and Clare.

“We are seeing a conversion from day boarding to boarding as boys progress through the years. This is in line with trends throughout schools who offer both,” said Ms O’Brien.

Fr William Fennelly, headmaster, said they have introduced some changes to the school this year to help the boys work on their ability to reflect on their learning and behaviour.

“Boys can find it difficult to look honestly and truthfully at the reality of their own world and I am hopeful that these initiatives will bear fruit in helping them to be more thoughtful and aware. We are fortunate in that the Benedictine tradition has for centuries emphasised the centrality of Lectio Divina which is the attentive and thoughtful reading of texts and it is fortunate that we have such a rich element in our tradition to draw upon,” said Fr William.

Glenstal’s academic achievements is well-known but Fr William says they place great store in trying to get their students to reflect on their learning and behaviour.

“This practice is rooted in the school’s ethos of reverence for God and each other, respect for oneself and this beautiful place, and responsibility for ones actions and the world.

“Young people - no less than the rest of us - are living in an increasingly interdependent world and this summer a group of our students were fortunate to go to Kenya to work with students in a school in southern Kenya.

“The boys had to fundraise for their travels and they brought computers and some much needed development aid. They taught the children and learned much more themselves. I have been very impressed to see how this trip has fuelled an improved sense of awareness and the importance of social justice among the boys.

“They are very fortunate to get to travel so far and hopefully their travels will mark them in a good way,” said the former practising lawyer. “We have welcomed many new boys to the school and thankfully they have settled in well. We have high hopes for them and no doubt they have high hopes for us.

“We have a reputation for academic and sporting achievement of which we are very proud but the most important thing is that in this school boys are transformed into men of soul. This is the best we can hope for them and we work towards that on a daily basis,” said Fr William.