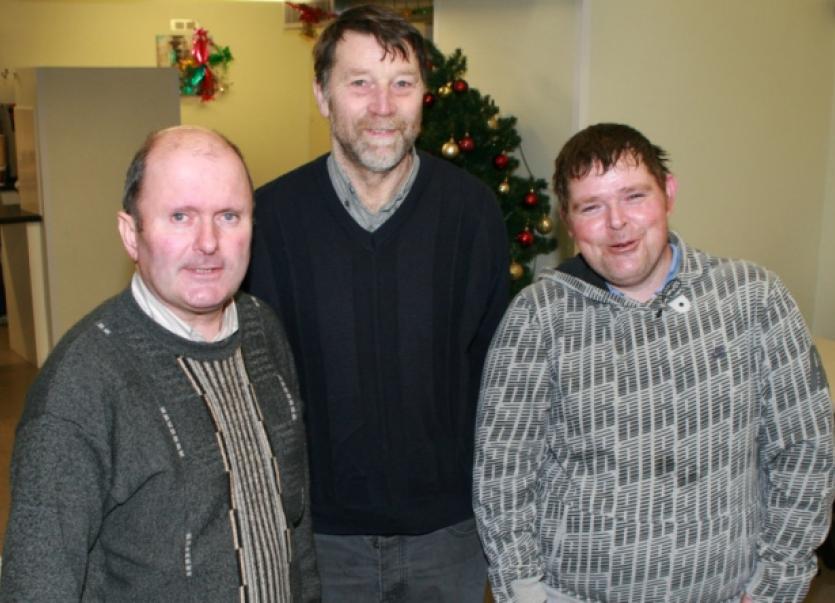 “She presented at the drop-in centre in a pretty chronic state health-wise,” explained Tom Flynn, manager of St Vincent de Paul’s drop-in centre on Hartstonge Street in the city.

“We’ve been working with her now for some time, and have helped her to find accommodation, but more importantly to keep that accommodation. She now has a partner.

“She had three children who were taken into care, and now has a child that she’s able to care for. In her case, that’s significant progress, though she still needs a lot of support on an ongoing basis and regularly drops in to the drop-in centre.

Tom was explaining the type of clients who present to their drop in centre on a daily basis, and while no two clients are the same, many of their causes of homelessness often overlap.

“The people who present have problems in their early childhood development, in their teenage years, poor education, poor housing, poor quality of health services, food poverty and unemployment. All these things are leading to one direction. We witness it on a daily basis,” he told the Limerick Leader.

He spoke of the experience of ‘Ryan’, who in his early 30s, had poor psycho-social development, leading to isolation.

He had a harsh upbringing, and later suffered a long period of homelessness, and suffered from depression.

“He often took one step forward and two steps back, and became homeless again. But in the last two years he secured accommodation and has maintained it, and he’s now doing a FETAC course.

“But he doesn’t cook for himself, he doesn’t have a girlfriend, he doesn’t go out because he can’t afford to – it’s a life lived in quiet desperation. To try to bring him out of that and give him a quality of life is difficult. He’s not unique – there are a lot of people like this. He comes for lunch every day when he gets out of college, and we help with his electricity, and keep a monitor on his situation.”

Then there is ‘Jay’, who is in his 50s, and lived a relatively normal life until his marriage break-up.

“One day he’s fine, the next day he’s homeless. It’s a bit shock to his system for him at his age. He becomes very depressed and is suicidal and attempts suicide. You could see as we reached out to him he began to change and thought ‘Maybe I can get out of this’. He’s now in accommodation, and has gotten over a very traumatic time in his life.”

St Vincent de Paul’s services for homeless people in the city continue to operate at full capacity, and demand, they say, shows no signs of abating.

Their drop-in centre at Hartstonge Street in the city now caters to upwards of 90 people a day, who avail of the free food, washing and clothing facilities in the centre, while their 47-bed homeless centre for men, St Patrick’s hostel, continues to operate at full capacity. In addition to the hostel are 12 apartments next door, for people who are “semi independent” and are on the cusp of independent living.

In addition to personal problems, many people present at the clinic to the circumstances beyond their control.

“An increasing problem for tenants is the growing trend in the number of landlords, who do not wish to take rent allowance tenants, which has resulted in many of these people being forced to live in substandard accommodation,” he said.

Barry Tobin, the society’s regional vice-president, said coupled with this there is the ever increasing rise in rental costs.