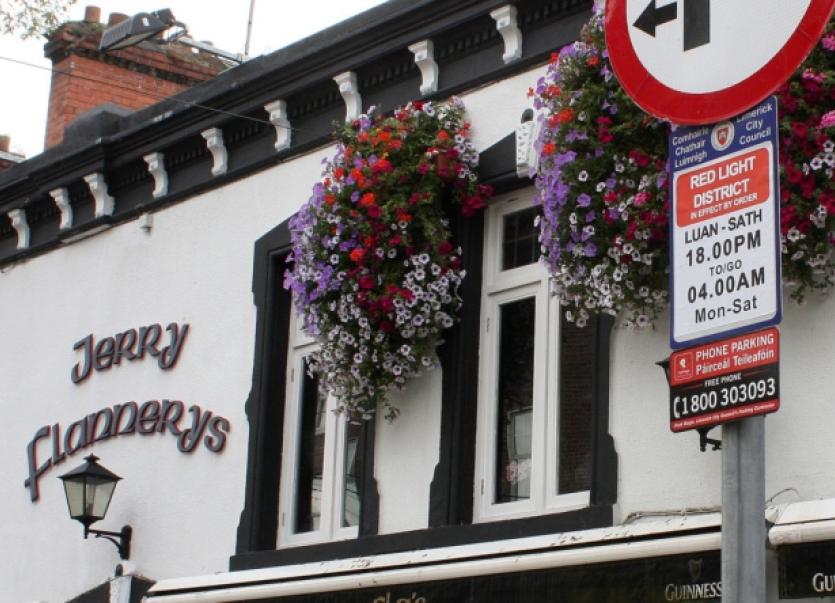 THE ongoing issue of prostitution in Limerick city centre has been highlighted in a novel way after an unknown person changed traffic signs on Catherine Street to read ‘Red Light District’.

THE ongoing issue of prostitution in Limerick city centre has been highlighted in a novel way after an unknown person changed traffic signs on Catherine Street to read ‘Red Light District’.

Gardai have been informed of an attempt to interfere with regulatory traffic signs in the city centre in a case which has mystified local authorities.

An unknown person - or persons - changed traffic signs along Catherine Street to read ‘Red Light District’ this Monday, thought to be in an effort to highlight the ongoing issue of prostitution plaguing the city.

Three traffic signs in total, on the junctions of Roches, Cecil and Glentworth streets with Catherine Street, were overlaid with a sticker, cleverly designed to mimic the underlying signs and reading ‘Red Light District, in effect by order Luan-Sath 18.00pm to/go 04.00am Mon-Sat’.

A member of the public notified this newspaper early on Monday morning to the matter, which has perplexed city council officials, and as criminal offence, has been reported to gardai.

The stickers were removed almost immediately after city council were informed by this newspaper. Rory McDermott, traffic engineer, said he had “never seen anything like this before”.

“We would get lots of interference with signs, but never anything like that,” he explained.

“We get street names plates stolen, around the colleges and universities we get warning signs stolen, bollards are stolen, but this is very specific. Is there some kind of activity going up there that someone is trying to bring to the attention of?

“It is very clever. I will talk to the police about it. It is interference with a regulatory sign, it is a criminal offence,” he added.

Within half an hour of this newspaper reporting the signs being interfered with, they had been removed by council officials and the gardai informed.

It is understood that the signs were changed sometime overnight on Sunday and into Monday morning, but no-one has come forward to take responsibility for the action.

Catherine Street has been long suffering with issues of prostitution, and was targeted by gardai in Operation Freewheel in late 2011.

A number of men admitted soliciting undercover gardai during the operation targeting prostitution.

However, despite controversy at the time, local businesses reported that in January of the following year, a new and more overt group of prostitutes returned to the street.

Business owners declined to comment this week, with one saying that the issue was now concentrated around the Cecil Street and Roches Street junctions with Catherine Street, and that a number of premises were being openly inhabited by prostitutes operating under the control of a criminal gang, despite gardai’s continuing efforts to remove them from the area.