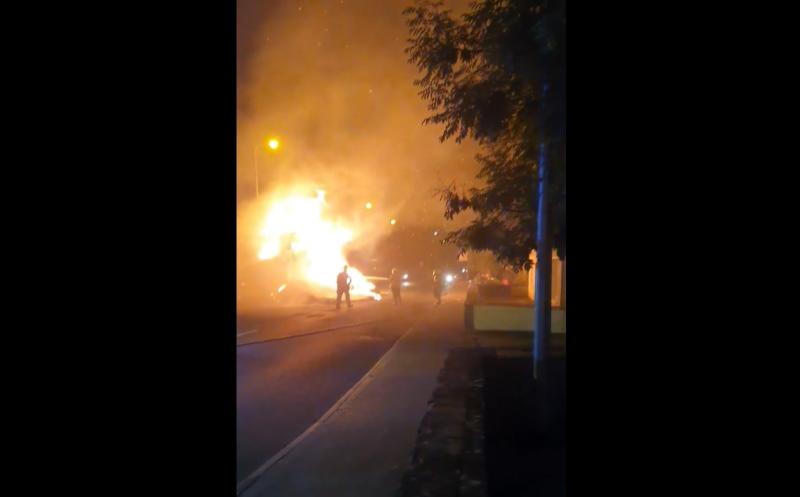 A still image taken from a video of the fire outside Dromcolligher/Broadford GAA pitch PICS: Gerry Quaid Facebook page

A COUNTY Limerick GAA pitch narrowly escaped a nightmare inferno after a stack of hay bales caught fire during the weekend heatwave.

It took two fire units, one from Rathkeale and one from Newcastle West, six hours throughout the night on Saturday to fight the blaze, which one local termed a “major conflagration.”

It all started when a trailer of hay, parked outside the Dromcollogher/Broadford GAA pitch on the R522 to Newcastle West, caught fire.

“The prompt response and intervention by the fire crews meant that mercifully, there was no significant damage to the clubhouse, petrol station, or other nearby properties,” a local informed.

Limerick Fire and Rescue confirmed to Limerick Live that the Woodfield, Dromcollogher vehicle fire was attended to from midnight, with the last unit returning to base at 6.03am in the morning.

A spokesperson for Dromcollogher/Broadford GAA said there was only a small bit of damage done when the bales of hay caught fire and thankfully no major damage was done to the club or its surroundings.

“Well done to all who helped in bringing this potential disaster under control and in clearing up the aftermath,” one local concluded.