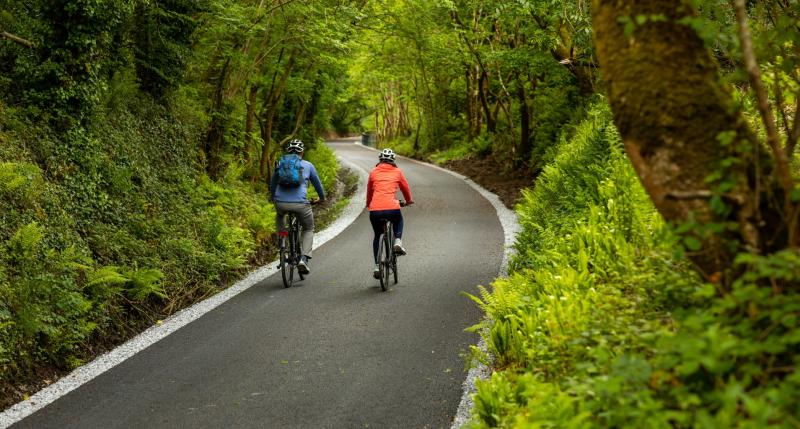 Limerick Greenway is marked for further investment after hitting the 500,000 visitor mark

Mayor of the City and County of Limerick, Councillor Daniel Butler said that it was remarkable to see half a million visits to Limerick Greenway in the first 10 months since it reopened.

“This is a testament to its popularity among local communities and visitors, both nationally and overseas.

“These walkers, runners, cyclists, and wheelchair users have all enjoyed the Greenway,” he said.

He stressed the importance of further investment into the amenity and into the towns of Rathkeale, Newcastle West, Abbeyfeale and their surrounding areas.

The recreational amenity, on the former Limerick to Tralee train line, will see further improvement works over the coming year.

The Railway Goods Shed at Rathkeale is to be restored to supply services to Greenway users and will form part of a Greenway Hub that will also include upgraded car parking facilities.

Limerick City and County Council has also confirmed that it will commence work on a new Greenway car park at Station Road, Newcastle West, later in the year.

In addition, design/master planning will advance in 2022 on Greenway Hubs at the Ardagh Station house site and Abbeyfeale Railway Goods Shed and car park.

These projects will build on the first-class network of visitor facilities already in place along the Limerick Greenway.

Gordon Daly, Director of Service at Limerick City and County Council, labelled the Greenway as “an important piece of economic infrastructure for the region.”

He said it will be a major boost for tourism this summer and  has been linked to the creation of local jobs and the support of local communities.

Limerick City and County Council has also commenced works on cattle under and over passes on the section of Greenway from Abbeyfeale to the Limerick/Kerry border.

The works are to be completed by the end of July. The construction of additional cattle under and overpasses will be undertaken later in 2022.