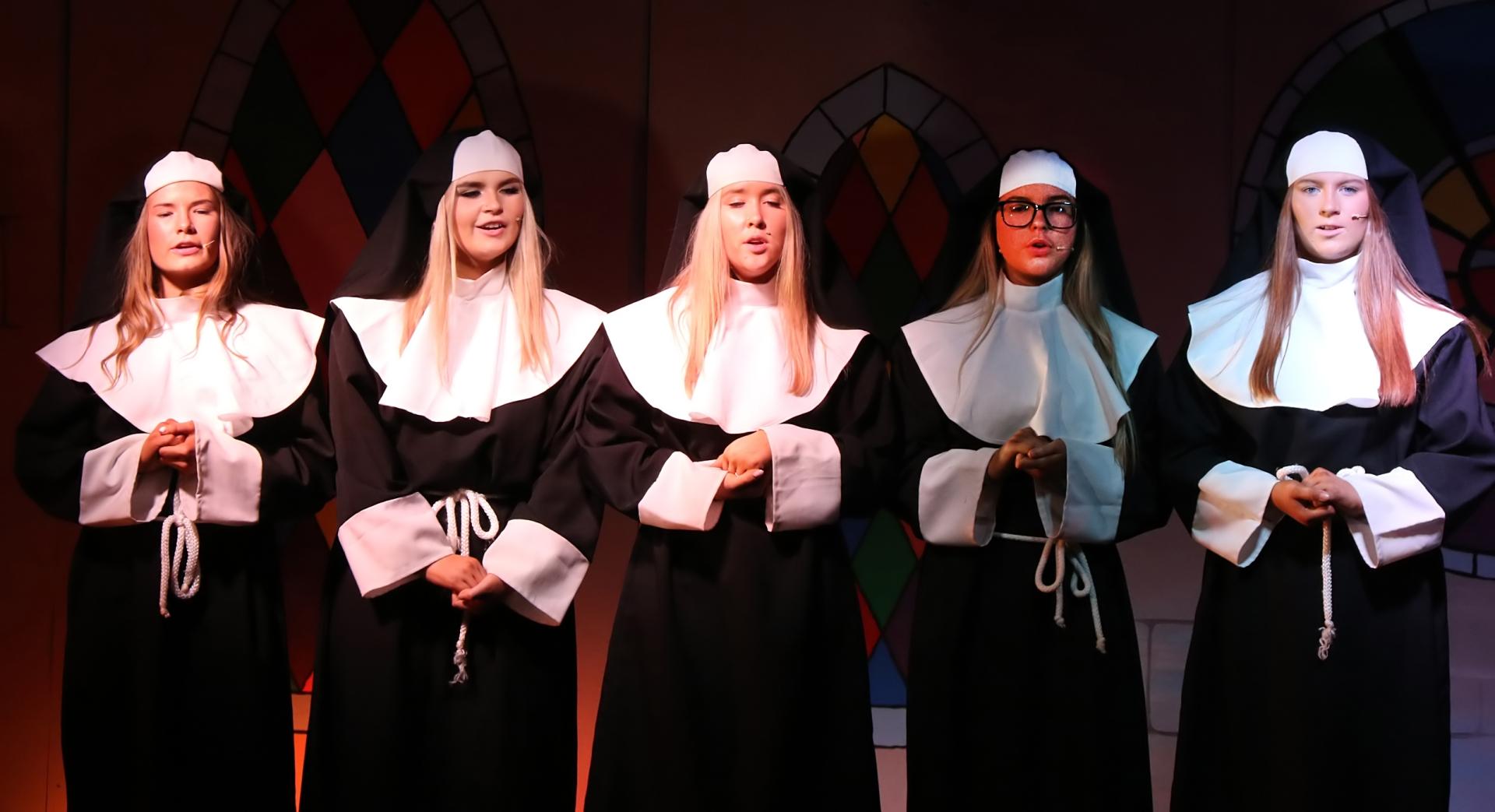 THE SCOIL Pól Transition Years set the stage alight with their sold-out production of Sister Act: Breaking the Habit.

Running for four nights and one matinee at the Kilfinane school, the cast played to packed houses. Based on the hit Whoopi Goldberg movie with an original soundtrack which is guaranteed to have any audience screaming hallelujah, Sister Act was Scoil Pól’s 5th production.

Leading lady Madeline Blackwell starred as the larger than life Deloris Van Cartier, the role made famous by Goldberg in 1991. She was supported by a cast of over 70 who rehearsed since November.

When she witnesses her gangster boyfriend commit a murder, Deloris has no choice but to hide in the one place he will never think of finding her - a convent! Other notable performances included Ailis Walsh (Mother Superior), Laura McCarthy (Sister Mary Robert), Olivia Donohue (Sister Mary Patrick) who wowed the crowd with their voices each night along with their expert dance moves and enthralling acting abilities.

Limerick historian Sharon Slater makes her own ‘housetory’ at last

While our female leads stunned the crowd, the male leads also captivated the audience. Callum McNamara (Curtis) and Adrian Beqiri (Eddie) showed great confidence and took the stage by storm for the solo performances.

Principal Mike O’Hara said: “This musical has been absolutely incredible. The show got better and better each night and the audience was entranced from the beginning! After a break from musicals due to Covid, we were thrilled to invite people back into our school again and it is safe to say that this production did not disappoint!”