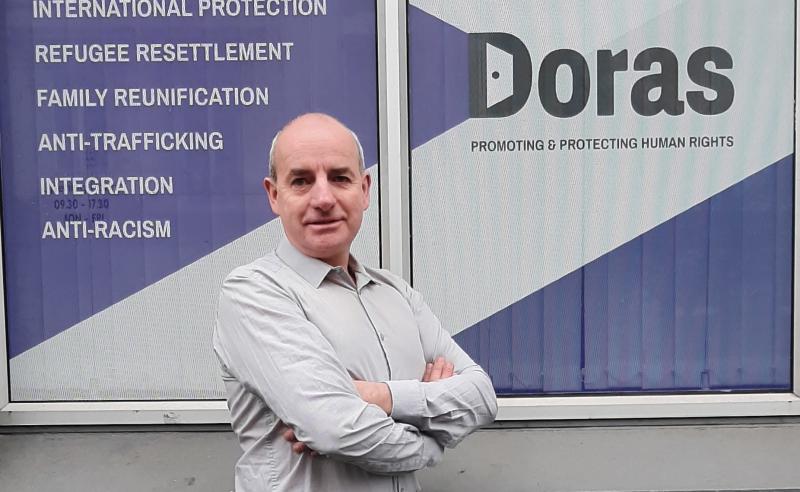 A LIMERICK-based national migrant and refugee support organisation have said they are 'alarmed' at the devastation unfolding in Ukraine.

Doras is an independent, non-profit, non-governmental organisation working to promote and protect the rights of people from a migrant background in Ireland.

They have now called for a 'whole government response' to the invasion of Ukraine by Russian forces.

Doras CEO John Lannon welcomed the outpouring of solidarity from the people of Ireland and says more is needed to put appropriate systems and supports in place to welcome Ukrainian refugees coming here seeking protection.

"Over half a million people have now fled Ukraine in a matter of days and this number is expected to increase in the coming days.

"Most refugees are going to neighbouring countries such as Poland, Hungary and Slovakia but we know already that many are making their way to Ireland or have already arrived.

Lucky escape for Limerick motorist after steel falls off truck

"War such as this is catastrophic and frightening, and the impact on children and families is traumatic. We must do all we can to offer the hand of friendship during Ukraine’s hour of need".

Mr Lannon welcomed the news that the Irish government have put in place a temporary protection measure for those fleeing Ukraine.

This measure will give people temporary residency permission for one year initially, with the possibility of extending that up to three years.

Mr Lannon continued: "In addition to governmental responses, people in communities throughout Ireland can also play an important role.

"Doras has already been inundated with offers of support and we are in touch with members of the Ukrainian community to do all we can.

"We are available to support people with resettlement efforts and international protection applications and to ensure they feel welcomed and supported here.

"We also encourage members of the public to donate to support international relief efforts where possible and to offer friendship and practical support to all migrants, refugees and asylum seekers who may need it. When we look to our own history, it is the least we can do."