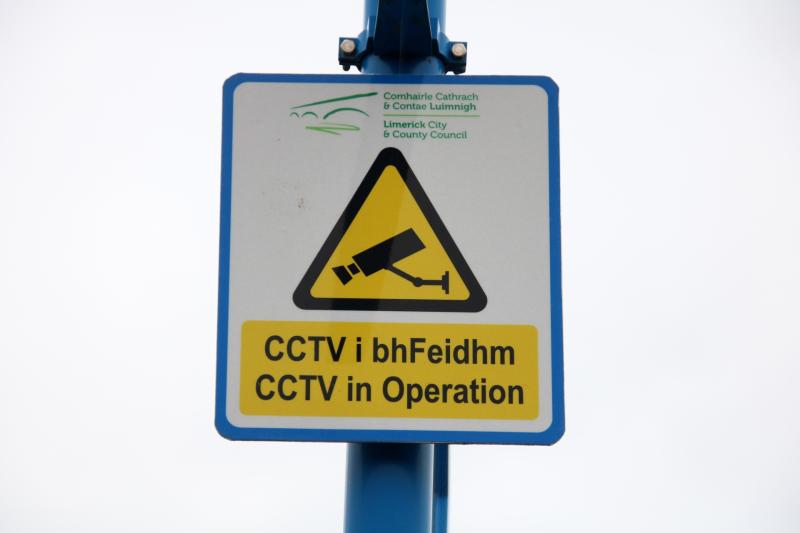 LIMERICK City and County Council has confirmed it has taken action to address the concerns of the Data Protection Commission (DPC) over its use of almost 400 CCTV cameras across Limerick.

Earlier this month, it was revealed the local authority has been fined €110,000 by the DPC after it identified multiple breaches of GDPR and data protection regulations relating to its use of CCTV cameras across the city and county.

The findings were relayed to the local authority late last year following a three-year-investigation into the use, monitoring and processing of footage from council-operated cameras.

Councillors were briefed privately late last week and the matter was discussed at Monday's full meeting of the council. It's understood an appeal is not being considered.

In a statement, published online, following Monday's council meeting, the local authority confirmed it is "continuing to work closely with the Data Protection Commissioner's office and An Garda Síochána to resolve the matters raised in the Decision."

The statement also outlines a number of steps which have been taken since the draft report was first presented to it in early December.

It says 'live feeds' of council-operated cameras are no longer available to An Garda Siochana and that ANPR (Automatic Number Plate Reading) technology has been switched off.

The live-monitoring of 44 cameras in 14 towns and villages across the county has ceased and operating procedures at the CCTV monitoring centre in Limerick city have been improved.

The local authority says the legal basis for all other cameras (operational and non-operational) is currently being assessed by An Garda Siochana in the hope that approval will be forthcoming - as required by law.

Data Protection Impact Assessments are currently being completed and signage has been erected in various sites around the city and county.

Consultants have also been appointed to make recommendations as to how CCTV should operate as a local authority function.