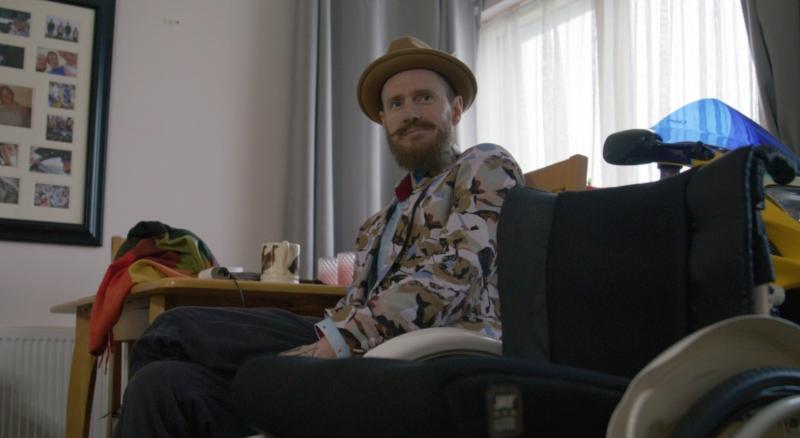 Sir Stevo Timothy, who plays Farmer Michael online, is heading to Limerick for a set of scans to see if he will be able to walk again.

AN IRISH comedian is starting “the biggest journey of his life” in Limerick as he looks to learn to walk again for the first time in two decades.

The sketch artist Sir Stevo Timothy, who became known for his comedic portrayal of Farmer Michael online, was partially paralysed from the chest down during a road traffic accident in 2001.

In a wheelchair ever since, he announced his intention to walk again to his 68,000 followers of Twitter.

“This Friday I start possibly the biggest battle of my life; the battle to walk again,” he began. I'm heading to Limerick for a full set of scans and tests to basically tell me what I can realistically hope to achieve," he wrote.

The nerves are already starting to come. Friday the biggest mission of my life begins. I've even got a new tracksuit (that's how serious I am!)
I'm heading to Limerick for a series of scans and tests so we can see what is achievable for my body and how much it can take. 1/3 pic.twitter.com/RTa5EXOD55

Ahead of the first leg of his journey to walk again, he expressed that “the nerves were already starting to settle in.”

This first step involves heading to FCE Scan in Limerick to “get a whole range of tests carried out to ascertain my base level strength,” he told the Limerick Leader.

He added that these tests, carried out by the South Circular Road facility will give him a good idea of where he is at and pave the path towards physiotherapy and rehabilitation.

He also lauded the generosity of the Limerick clinic, informing that the entire service was being offered free of charge.

In his honest address to his followers, he admitted: “I've got offers from all over the world to assist in this endeavour and I've snatched them with both hands.”

The journey, entitled Stevo’s ‘stand up to standing up’ will be filmed in a documentary format that he hopes will offer encouragement to those that find themselves in a similar situation.

Different personalities will be interviewed by a camera crew on how they got over their own injuries as well as talks with those who are only coming to terms with their own reality.

“We are hoping it will serve to inspire not only myself, but others out there who are dealing with their own rehabilitation,” he stated.