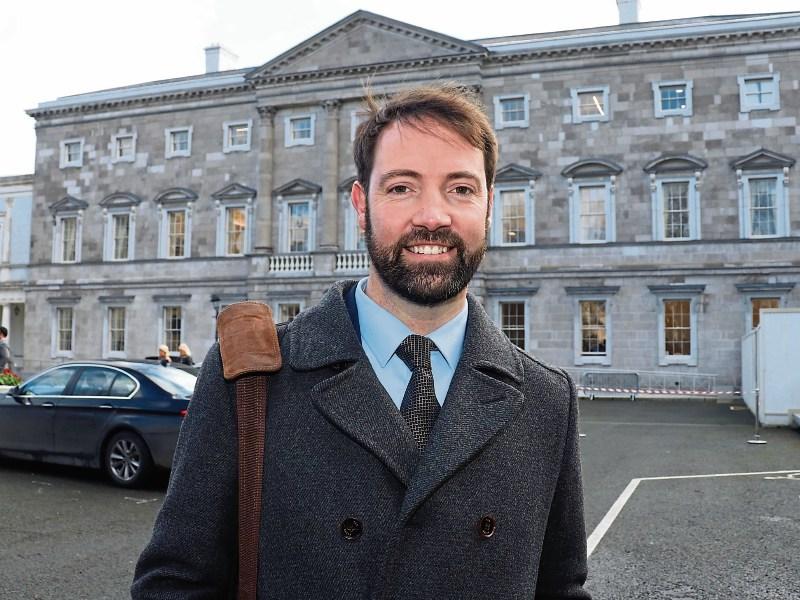 GREEN Party TD Brian Leddin has rejected calls for his resignation following his involvement in a WhatsApp group in which derogatory messages were exchanged.

The Limerick city deputy apologised for the comments he made in the group – set up in 2017 – where he described councillor Elisa O’Donovan as “unhinged” and stated that she “craves fame”.

Other members of the policy-focused group also exchanged disparaging remarks about the Independent member, and a number of other high-profile city women.

The publication of the messages has led to a number of women’s groups – including Rosa – to call for the first time TD to step down, with Limerick-based activist Steph Lacey describing the group’s language as “sexist, misogynistic, threatening, vicious, and violent.”

Cllr O’Donovan told the Irish Mail on Sunday, which broke the story and published the messages in question, that Mr Leddin's “weak” apology “meant nothing to me.”

Speaking to the Leader this Tuesday, she described the comments in the WhatsApp group as “upsetting and frightening” to read.

“We have a very serious problem in Ireland with women in politics. They either don't run, or they leave and the result is the same - we simply don't have enough women in positions of political power or leadership in Limerick,” said the City West councillor.

One member of the WhatsApp group suggested that Cllr O’Donovan needed to be “ended”, while in another chat, two other women were described as “wicked witches” who should be “incinerated”.

In another exchange, a female participant in the group also suggested the throwing of a “grenade” at one of these women.

Mr Leddin has described the comments as “unsavoury and inappropriate”.

“It was a mixed group, and the comments made by people, they had very strong grievances against the people they made comments about,” he explained.

One of the women referred to as a “wicked witch” in the group  who asked not to be identified said unlike Cllr O’Donovan, she had not received an apology from Mr Leddin.

Responding to this, the Green Party TD said he did not make any comment about her.

“I cannot apologise for the comments of others,” he added.

But the woman in question said: “At no point did he say stop."

The Green Party has been contacted for a response.

On Monday, party leader Eamon Ryan said he had spoken to Mr Leddin at length.

“He has issued an apology, which is correct. There is no space, whether it’s private, online or a messaging system, there’s no space for any commentary which is demeaning to a person,” added the Transport Minister.