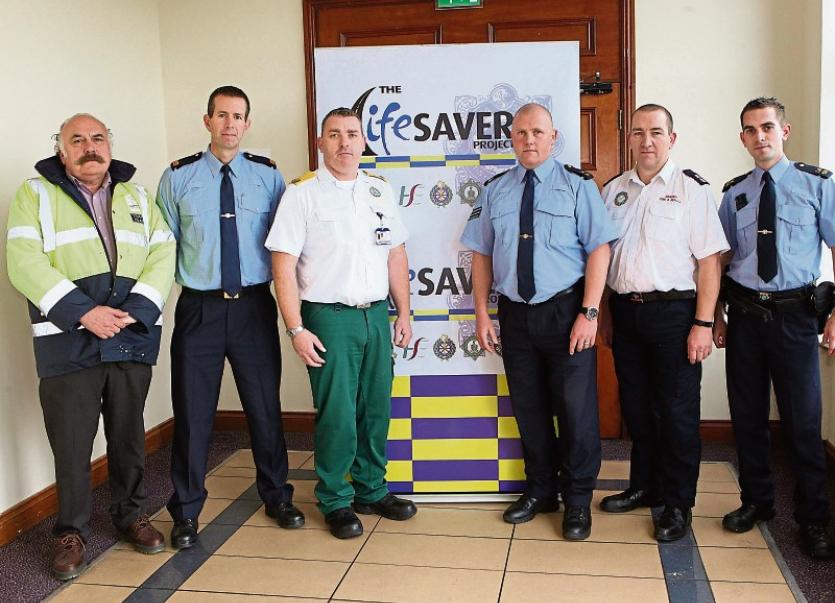 This week's Lifesaver Project road safety event is an example of the cooperation between Limerick's public services | Picture: Dave Gaynor

LIMERICK’S public services are joining forces to encourage people to stay safe and well this winter.

Under the #LKWorkingTogether banner, Limerick City and County Council, An Garda Siochana and the HSE will hghlight a number of key safety messages over the coming weeks.

“This is year two of the winter campaign where we rely on the public to mind themselves and their communities by keeping safe in the winter months.  Public service organisations working together is the only successful way to do public service in the 21st century,” said Bernard Gloster, chief officer with the HSE Mid West.

“During emergencies such as the recent Storm Ophelia our work together is highly visible, but we work together on a daily basis and #LKWorkingTogether initiative demonstrates this,” added Conn Murray, chief executive of Limerick City and County Council.

Head of the Limerick garda division, Chief Superintendent David Sheahan, says it’s important that public services work together closely all year round and not just during winter.

“An Garda Síochána is extremely conscious of the importance of public sector agencies working together to enhance the safety and quality of life of all the people of Limerick,” he said adding that road safety will be a particular focus this winter.

“Enhancing road safety is a collective effort, from road engineering, traffic law enforcement, community engagement and public awareness.  There is responsibility on all of us, every time we use our roads, to drive safely and think of others.  Failing to do so can have drastic and life changing consequences,” he said.

A three-week radio campaign highlighting the key messages is being undertaken as part of the #LKWorkingTogether initiative.

The messages will focus on mental health and general wellbeing, road safety and safer communities during the winter months.

The hashtag #LKWorkingTogether used on social media shows that the public services are working in unison to make Limerick a better place for people to live, work and play.