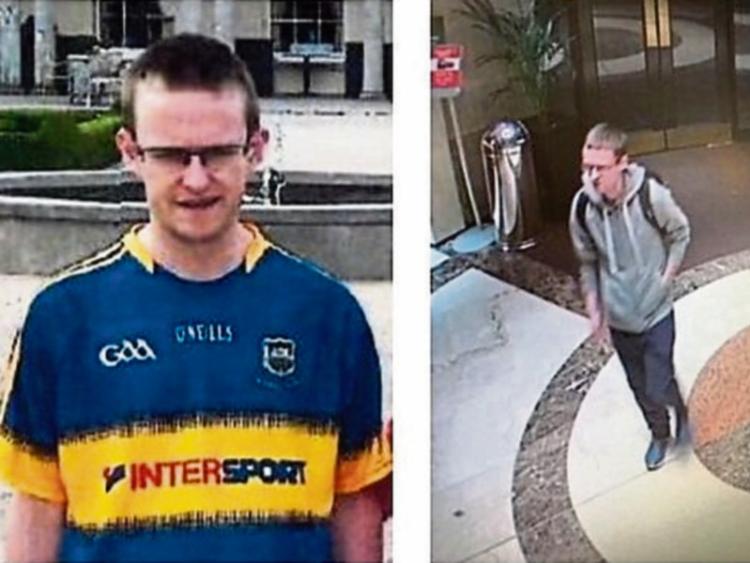 THE family of UL student Stephen Cullinan who has not been seen for almost two weeks have renewed their appeal for information on his whereabouts.

The last confirmed sighting of the 25-year-old, who is originally from Ballymackey, Nenagh, County Tipperary was at St Stephen’s Green in Dublin on November 2 – a number of hours after he left his home at Castletroy in the city.

Today is the 10th day of our search. We’re deeply grateful for the support we have received from all corners of the country.Posters are being distributed across Dublin. Anyone who may have seen Stephen or have any information please contact any Garda Station/Confidential Line pic.twitter.com/8KX58ZokiA

Stephen, who wears glasses, is described as being 5'11" in height, of medium build with short fair hair.

According to gardai at Henry Street who are investigating his disappearance, when last seen he was wearing a hoodie and jeans.

Extensive searches have been conducted in Dublin in recent days with relatives and friends making contact with hotels and other accommodation providers in the capital.

Stephen’s father Tim, who is a prominent IFA figure, has appealed to his son to make contact to confirm he is okay.

“All we want to know as a family is that he's safe. If he wants to stay in Dublin, that's fine but just make contact,” he said confirming that Stephen suffers from a “slight health issue” that requires regular medication.

A major campaign has also been launched on social media in an effort to locate Stephen.

Anyone with information on the whereabouts of the UL student is asked to contact Henry Street garda station at 061 212400.