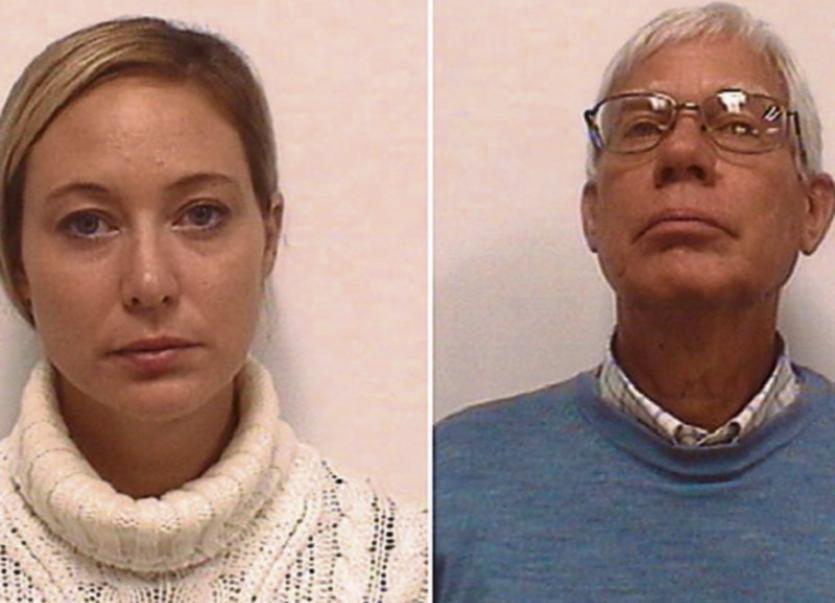 THE “heartbroken” family of murdered Jason Corbett have spoken of their “relief that justice has finally been served” after his second wife and her former FBI agent father were found guilty of his second degree murder this Wednesday.

After waiting two years and seven days for justice to be delivered, the Corbett family broke down in tears in North Carolina as the jury found both accused - Molly Martens Corbett and her father Thomas Martens - guilty in a unanimous verdict.

Both have been sentenced to 20-25 years in prison.

In Limerick, relatives of Jason Corbett, a father of two, who was beaten to death with a paving stone and a 17-ounce, aluminium baseball bat, which was due to be a present for his son, were similarly overcome with emotion.

His twin brother Wayne Corbett said that “the verdict won’t be a cause of celebration”, as they will “continue to grieve in private.”

“The verdict is a great relief to all of us, but Jason is still gone. It is a major relief as two years of heartache have finally been put to rest to an extent.

“But it is still devastating. The hurt will never go away for any of us. The last couple of years have been heart-breaking. Jason will always be so greatly missed. It still feels unbelievable that he's not here,” he told the Limerick Leader after the verdict was imposed.

He said they owed gratitude to the Davidson County Police Department, and the District Attorney’s office in North Carolina, among many others.

In particular, he wished to thank all the Limerick people who supported them on their traumatic journey in the past 24 months.

“The whole of the city was behind us, from the moment we held the candlelit vigil to bring Jack and Sarah [Jason’s children] home. Anyone who helped us we’d like to thank, but there are too many people to mention.”

Tomorrow: Extensive coverage of the Jason Corbett murder trial and reaction to the guilty murder verdicts.
Paper on stands in the morning. pic.twitter.com/XpczkwG0OU

His sister Tracey Lynch, who remains in North Carolina with her husband David, told the Limerick Leader from the outset that they will never recover from their loss.

She said her brother was subjected to a “brutal, merciless killing,” which left his children as orphans.

“My parents lost their child and we lost the most wonderful brother and friend. Jason was unharmed. He was struck when he was lying down, until he was dead and then he was battered even more,” she said after the hearing.

“He has lost all opportunity of the life he should have had. His children have been left orphans and will never have their daddy to guide them through life.

“Sarah can never have her daddy walk her up the aisle when she marries. We have all lost so much and are trying to come to terms with never seeing Jason again,” she said.

Jack Corbett, 13, Jason's son, had a letter read out on his behalf, in which he said Ms Martens Corbett would always be remembered as “a murderer” and was not a part of the Corbett family.

“She (Molly) has put this burden on this family, and it will not be done until she is put away,” he wrote adding - as many in the courtroom cried - “She will always be remembered as a murderer”.

Ahead of sentencing, Davidson County Assistant District Attorney Alan Martin read a prepared statement on behalf of the Corbett’s family and the prosecution.

Molly Martens Corbett, 33, and her father Thomas Martens, 67, were charged with his second-degree murder in the early hours of August 2, 2015, when Mr Corbett was found beaten to death inside his home in Wallburg, North Carolina.

They had both pleaded not guilty at Davidson County Court in Lexington, North Carolina, to murder, claiming self-defence and the defence of another.

More than 200 exhibits and 23 witnesses were featured in evidence in the trial which lasted five weeks, and captured huge public attention and widespread media coverage on both sides of the Atlantic.

Under US criminal law, second-degree murder refers to intentional but unpremeditated killing.

Each of the 12 jurors - nine women and three men - officially confirmed the guilty verdicts, as Ms Martens Corbett, Jason’s second wife, broke down in tears.

Ms Martens Corbett turned to her mother Sharon after the verdict was handed down and was overheard by reporters as saying: “I'm really sorry mom, I wish they’d just kill me.”

Thomas Martens remained expressionless as he exited the courtroom in handcuffs, along with his daughter.

The trial heard that a post-mortem examination revealed traces in Mr Corbett’s blood of a powerful sleeping pill, which was prescribed for his wife just days earlier, though he did not suffer from the sleep issues for which the drug was prescribed.

His wife got a prescription for Trazodone on July 30, just three days before Mr Corbett’s death.

Mr Corbett was hit at least 10 times, but the damage to his skull was so severe that a post-mortem couldn't determine precisely how many times he had been hit.

He was found in the bedroom naked and blood-spattered with a crushed skull, but there wasn’t a mark on either his wife or his father-in-law when police and paramedics arrived at the scene.

Mr Martens claimed that Mr Corbett was trying to strangle his daughter when he intervened.

However, the court heard that the only mark on Ms Martens Corbett at the scene was a little redness on her neck. Both accused refused emergency medical treatment at the scene.

Mr Corbett’s blood was found spattered all over the bedroom floor and walls, as well as in the hallway and bathroom, indicating that Mr Corbett was subjected to a sustained series of blows.