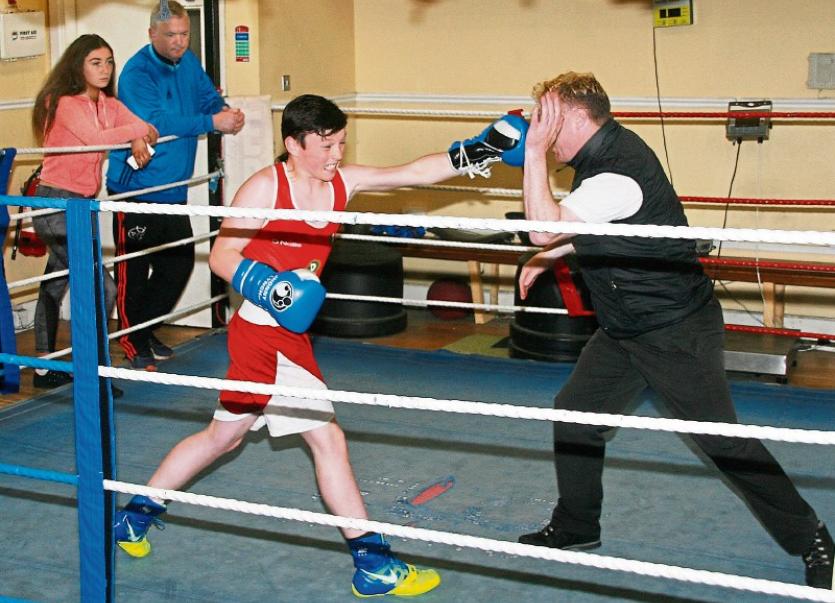 ONE OF the country’s most successful boxing clubs has been told that it has an extra month to leave its premises, after the Dominican Prov-ince initially said that it wanted them out of the facility by next Monday.

Our Lady of Lourdes St Saviour’s boxing club (OLLS), based at St Saviour’s Priory on Glentworth Street, was informed by Calaroga Company Ltd — on behalf of the Dominicans — on May 17, that its occupation of the hall at the rear of the priory would expire on July 31.

The May 17 letter said: “As you are aware, the Dominican Sister of St Cecilia have recently moved into and taken over the use of the St Saviour’s Priory, including the hall which the boxing club currently uses on a part time basis and grounds at Glentworth Street, Limerick.

“Accordingly, the Dominican Province requires the boxing club to cease occupying the hall. To allow you sufficient time to relocate the boxing club and remove your equipment, I hereby give the club two months’ notice to termination of the club’s occupation expiring on 31st day of July 2017.”

Head coach Shane Daly, who trains more than 50 boxers, said that two months’ notice “was not enough” to secure a new facility.

Last week, Mr Daly received a letter from Calaroga, stating: “To allow you sufficient time to relocate the boxing club and remove your equipment, I hereby give the club a further month to comply. The notice to termination of the club’s occupation expiring now on 31st day of August 2017.”

Though he welcomed this move, Mr Daly’s prayers have yet to be answered, as he is still on the look-out for a new facility in the inner city.

Mr Daly said that he had a “very positive” meeting with the newly-elected metropolitan mayor, Cllr Sean Lynch, who is an official with the Limerick Sports Partnership.

This Monday, the boxing enthusiast met with an official to discuss the matter.

“We had a chat about what is around and what we needed.

“I told him what we had, and I said to him that what we really need is something a bit better. I found them very good and very positive. I thought it was a very good meeting,” he told the Leader.

Mr Daly said that Fianna Fáil Deputy Willie O’Dea has been “putting pressure” on Limerick City and County Council to see if it has an available facility for the club.

Mr Daly told the Leader this week: “We are feeling the pressure. The young fellas, when we meet them, are asking when they are coming back, and I just don’t know what to say to them.”

Cllr Frankie Daly had previously called on the Dominican Province to extend the termination notice “until such time as the club find a more permanent home”.

The Dominican Sisters of St Cecilia have occupied the Priory since September 2016.