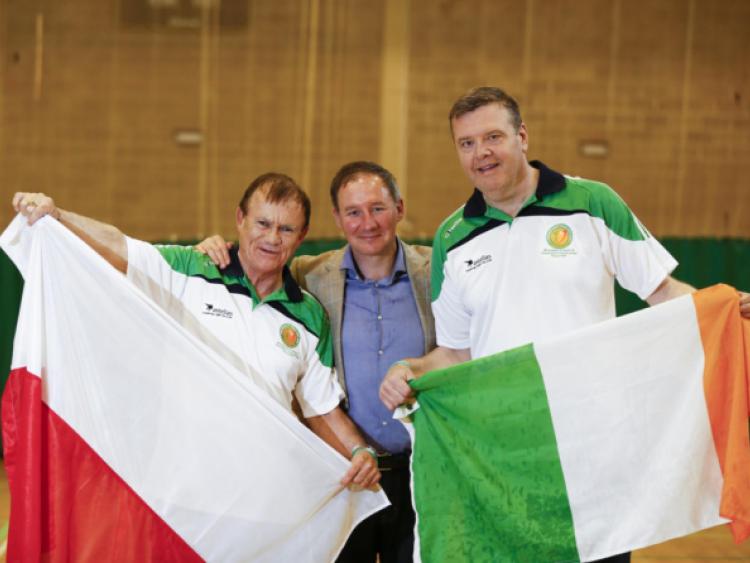 Six Limerick people will represent Ireland at the European Transplant and Dialysis Sports Championship in Poland next month.

Six Limerick people will represent Ireland at the European Transplant and Dialysis Sports Championship in Poland next month.

Among the Limerick contingent will be veteran transplant games participant John Loftus from Clarina and former Munster and Ireland rugby player Richard Costello.

Mr Loftus is commercial manager for Limerick GAA and a veteran of European and World Transplant Games events and has over the years amassed an impressive haul of medals.

Also on the team is Mary Sheehan, from Parteen, who in the 1980s represented her country in table tennis. She will compete in the dialysis category.

Also competing in the dialysis category is another newcomer to the team, 29 year old Thomas Doherty, from Bruff.

Another young man, Eoghan O’Neill, (31) a kidney transplant recipient from Newmarket on Fergus and now living in Limerick will also travel to Krakow in Poland next month.

Madeline Donaghy a kidney transplant recipient from Knocklong, who is also a newcomer to Transplant Team Ireland, will participate in the over 60s category.

Also travelling with the team will be medical director, Dr Yvonne Ryan, a Limerick native, who has been on the panel since the Games were held in Dublin in 2010.

Mr Loftus and Mr Costello recently attended a motivational talk for the team given by the manager of the Dublin senior football team, Jim Gavin.

In a previous role with the Air Corps, Mr Gavin flew many missions involving the retrieval of organs and the movement of patients for transplant operations. He said: “I feel humbled and privileged to be in the presence of such a large group of inspirational people. You have all experienced huge health challenges with uncertain outcomes. However, your resilience and determination to embrace life through sport is commendable and seeing you represent your country surely gives comfort to donor families as well as promoting to the public the indisputable importance and success of organ donation.”

The Irish team comprises 25 men and nine women ranging in age from 16 to 76 and includes 29 transplant recipients as well as five people who are receiving dialysis treatment.