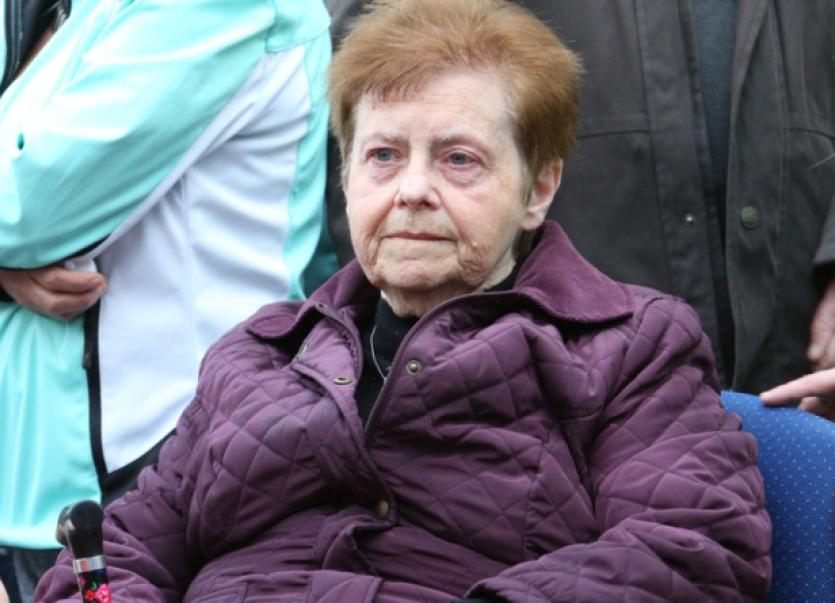 AN American judge has given the green light for the children of slain Limerick man Jason Corbett to be placed into the custody of his sister.

AN American judge has given the green light for the children of slain Limerick man Jason Corbett to be placed into the custody of his sister.

The decision of Judge April Woods at Davidson County Court in North Carolina was handed down late this Thursday Irish time, dismissing the case of Mr Corbett’s second wife Molly Martens, who was seeking custody of his children, Jack, 10, and Sarah, eight.

The Janesboro man was found dead at his home in Wallburg, North Carolina, with fatal head injuries on Sunday, August 2, following what was reported as a domestic disturbance. Ms Martens Corbett, a former nanny to the children, and her father Thomas Martens, are the main suspects in the case. Mr Martens reportedly made the 911 call and said “I did it”.

Jason’s sister, Tracey Lynch and her husband David, have now gained access to the children and been recognised as their guardians by the courts, a situation which was confirmed by today’s decision that it was in the children’s “best interests” to live with their aunt.

The children will now return on the first available flight to Limerick.

This week, Jason’s mother spoke of her heartache at losing her youngest son and the “nightmare” her family is enduring.

The remains of her son Jason, 39, were brought home to Limerick last Thursday and he has yet to be buried while the situation with his children was ongoing in the States.

Hopes are high that they may be able to return to Limerick this weekend.

“My son won’t be buried in peace until those children come home,” continued Rita. “It’s a nightmare. I can’t believe it, my son, my lovely Jason. He was the youngest twin.

“I saw him last summer in Spanish Point with the children. He was so gentle, all he wanted was his golf. Tracey [my daughter] is fighting hard, they are weary now.

“It should never have come to this; they should have just let those children come home straight away.

“They didn’t even sympathise with me - her family. Anyone with a bit of human nature in them at all would have done that.

“As long as my grandchildren come home I don’t care what happens. They love coming home,” she said at the vigil in the city this Tuesday night, which was attended by hundreds of people.

Her husband John, 79, who will turn 80 next month, said “I know it’s a fortnight since he died, but it feels like a couple of months really.”

Jason’s brother Stephen, 49, from Rathbane, was one of three brothers at the vigil at City Hall, alongside Jason’s twin brother Wayne, and Michael. Two other brothers are based in Holland and England and are due to return home shortly.

“The tension is unbelievable,” said Stephen.

“But something like this is keeping us all going. “We have gotten so many messages lately from people all over Ireland and across the world, saying they are going to have a (fundraising) night for us.

“It’s what keeps us going and gives us strength, especially for my mother to see. Our only concern in all our hearts is getting Jack and Sarah home. All we have is hope.”

Jason’s twin brother Wayne said he was a great brother and a great father. “It is just very traumatic what’s happened to the family, both ourselves and the Fitzpatrick family,” said Wayne.

“It’s actually overwhelming all the support we have had from the whole of Limerick, both tonight and from other fundraising efforts they have done.

“The whole of Limerick has been very supportive and we thank them very much as a family,” added Wayne who enjoyed a two-week holiday with his twin brother just days before his death.

Fianna Fail deputy Willie O’Dea was among those who spoke at the vigil - before it was announced that the children are now under the guardianship of the Tracey Lynch, Jason’s sister - and said he was “very, very heartened by the level of support”.

“This family has suffered a staggering tragedy, which has been compounded by the very unusual circumstances surrounding the custody of the children. Deputy O’Dea said “we have listened to the US peaching about the violation of human rights in Ukraine, Afghanistan and far flung places” and urged them to stand up for the rights of two young Irish citizens.

He said “no effort would be spared to bring them home”.

“The family are very aggrieved, and the children must have felt a bit abandoned when they weren’t able to see their family (from Limerick),” he told the Limerick Leader.

The two suspects in the case are Jason’s second wife, Molly Martens Corbett, and her father, a former FBI agent who made the 911 call to police on August 2.