Limerick-based therapist Rachel speaks of her brave battle with cancer 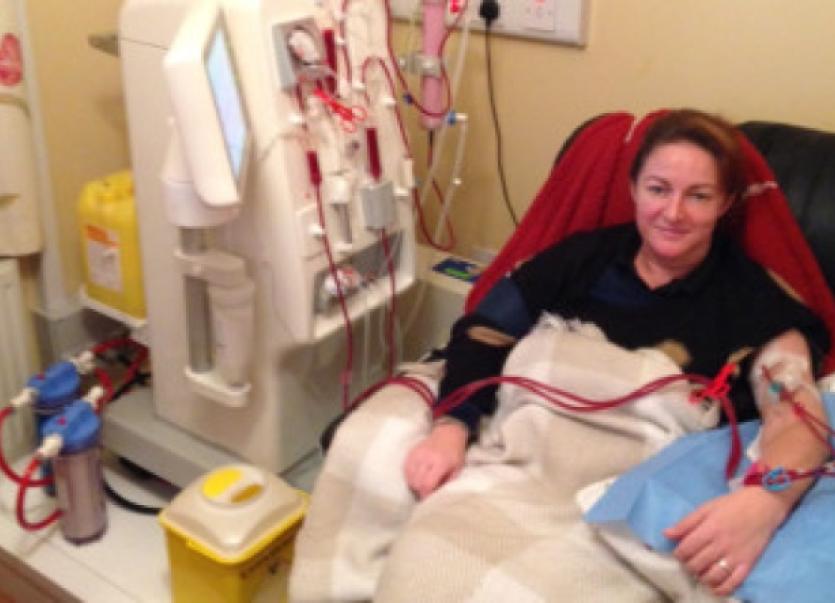 A BIRDHILL mother whose kidneys, bladder and uterus were removed as a result of an 11-year-battle with cancer is refusing to be beaten, as she now awaits a kidney transplant.

A BIRDHILL mother whose kidneys, bladder and uterus were removed as a result of an 11-year-battle with cancer is refusing to be beaten, as she now awaits a kidney transplant.

Rachel McCarthy, who alongside her husband Sean Óg runs a physical therapy college at Annacotty spoke out to mark Organ Donor Awareness Week.

A self-employed physical therapist, Rachel, 40, has been receiving dialysis treatment since her kidneys were removed in 2012.

Prior to becoming ill, Rachel, then 28, had just got married, and moved into a picture-book cottage.

“My business was booming with a waiting list for clients appointments. I was teaching physical therapy on a part time basis for a college and was in the process of setting up my own college,” she recalls.

But things changed when she noticed blood in her urine.

This heralded what Rachel described as “a very long and torturous year”.

“I was eventually diagnosed with bladder cancer which had now spread into the ureter, going towards the right kidney,” she said.

She spent the next 11 years fighting the cancer, having surgery every three month to cut out tumours.

Regular chemotherapy sessions were also needed to stop it spreading.

“In that time I had over 60 general anaesthetics. But despite everything that we did the cancer continued to spread up to the right kidney and then to the left,” she explained.

By May 2012, Rachel had to have both her kidneys, bladder and uterus removed, meaning that sadly herself and husband Sean Og’s dream of having a brother or sister for their son Jack was ended.

Rachel paid a tribute to the Irish Kidney Association for the help they have given over the last three years she was on dialysis, for organising support, counselling and holidays.

She has pledged to continue to raise funds for the charity.

Rachel has been waiting for a kidney transplant for the last two years. Her mother was screened for a donation, but was not a suitable match.

Despite the uncertainty, Rachel says she is continuing to live her life to the full.

“You can’t let health define you. Maybe it would be easier if I did, but I refuse to. I am determined to live my life and do the things that I want to do as much as I can. I continue to teach because it is something that I love to do. I continue to run my business because I refuse to let the illness take away something that I have worked so hard for. I continue to play with my son and run around and play football, because I refuse to let him see me as a sick person. I am determined to plan ahead for when I am lucky enough to receive a transplant. I have a list of things I want to do – goals I want to achieve, holidays I want to take, things I want to do with my family. It’s important to plan for the life you want and not give in to the illness and all the inconveniences it brings. Positive thinking and a positive mental attitude are vital - sometimes they are a struggle but they are so important,” she said.

Rachel was speaking to mark Organ Donor Awareness week, which exists to raise awareness about the ongoing and ever increasing demand for transplantation which relies on the public for organ donation. For more information, or to obtain an Organ Donor Card, telephone the Irish Kidney Association at 1890-543639, or visit www.ika.ie.