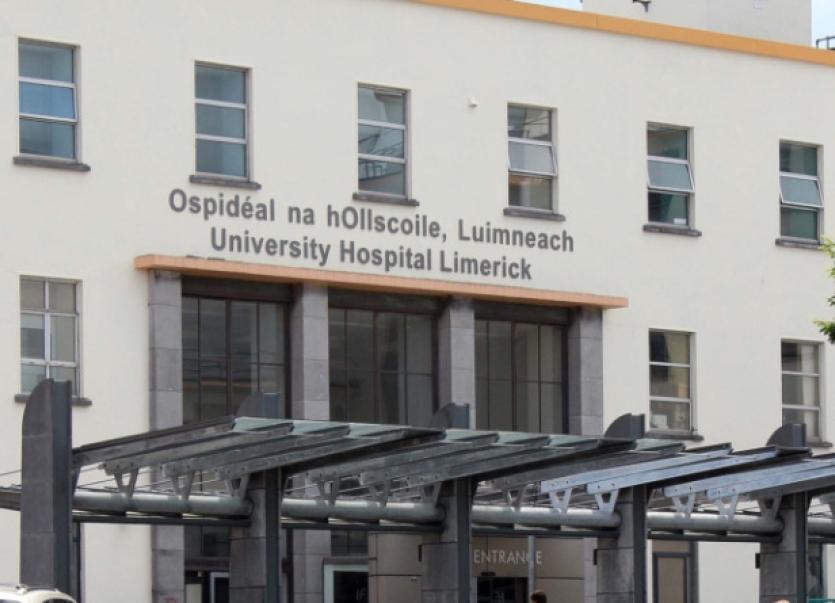 THE HSE this week insisted that cases were dealt with on a priority basis as the Limerick Leader revealed people referred for a “routine” MRI scan in outpatients at University Hospital Limerick were now facing waits of up to four years.

THE HSE this week insisted that cases were dealt with on a priority basis as the Limerick Leader revealed people referred for a “routine” MRI scan in outpatients at University Hospital Limerick were now facing waits of up to four years.

It also claimed that the current waiting times for outpatients were not exceptional for hospitals of Dooradoyle’s size.

But the HSE also said it planned to acquire a second MRI scanner for the hospital to meet with “ever increasing” demand.

Details of the delays in the system are contained in a circular to consultants and other medical staff from the administrative head of the radiology department at University Hospital Limerick.

In the document, Padraig O’Brien states that MRI outpatient appointments have been scheduled up to August 2015, with 1,900 further patients awaiting appointments, resulting in an approximate four-year waiting period.

Meanwhile, ultrasound appointments for outpatients - not including expectant mothers - are booked until December of this year with an additional 1,450 people expected to be waiting up to two years for a scan.

The HSE responded this week that hospitals all around the country were trying to deal with significant demand for MRI investigations.

“Ever increasing demand for MRI services is a universal phenomenon, and our waiting list is similar to that in comparable hospitals. We operate a single MRI scanner that has to cater for both inpatients and outpatients.

“We actively manage the waiting list to ensure that the sickest patients have the greatest access. We know that MRI scans are a very important factor in patient flow, which if slowed down contributes to the overcrowding in emergency department. All requests are vetted and graded as per clinical priority,” the spokesperson said.

Mr O’Brien’s letter outlined how the MRI waiting list had been discussed with senior management. Costings had been proposed for the increased use of the single MRI scanner currently in place over the weekend - and for the purchase of a second machine.

On its plans to expand these services, the HSE spokesperson said: “We are actively seeking the funding to enhance the operation of the existing scanner, with a focus on outpatients who await their scans”.

“However, as an MRI scan is a time-consuming examination, typically taking 20 to 40 minutes per patient, a second on-site MRI scanner is necessary to meet the demand that occurs in a hospital such as ours.

“Approximately 3,500 MRIs are performed in University Hospital Limerick per year, reflecting the time consuming nature of MRIs due to the greater complexity of inpatients.”

In relation to ultrasound services, there are four sonographers currently in training.

These personnel, the HSE said, would be added to the service over the next four months, which would “greatly add to our capacity”.

“Approximately 12,000 ultrasounds are performed in University Hospital Limerick per year. All requests are vetted and graded as per clinical priority,” the spokesperson added.

The same applied to those waiting for CT scans, although the HSE suggested the situation here was less acute.

Mr O’Brien’s letter detailed that until recently patients were waiting less than 12 weeks for CT scans in outpatients.

But due to an increase in inpatient volume and rapid turnaround demands for the emergency department, carotid artery and surgical ward scans, the number of outpatient scans had been reduced. Some 400 people were currently awaiting CT scans as outpatients, with waits of up to six months.

“Traditionally, the waiting list for CT in University Hospital Limerick was small, and indeed it still is,” the HSE replied.

“In the context of over 17,000 scans per year in University Hospital Limerick alone, the numbers on the waiting list are small. What has happened is that enhanced rapid access for cancer services, emergency department and acute medical unit have displaced some outpatients. We are current auditing demand and usage of our CT service,” the spokesperson said.

The construction of a new radiology department in Dooradoyle is one of the capital projects identified in the UL Hospitals Group three-year strategic plan.

That plan gives shape to the government policy of creating hospital groups under a single management and governance structure. Under the reforms, University Hospital Limerick, Ennis, Nenagh, St John’s, Croom and the Maternity all effectively come under one roof.

And this was already the case as far as radiology services in the region were concerned, the HSE spokesperson said.

“We operate a single department of radiology across the six sites, including Ennis, Nenagh and St Johns. Consultant appointments are made to this single department to support the integrated service for the entire region.

“We are actively implementing a single strategic plan across the region to secure a durable and even service for all patients. Nothwithstanding the national medical manpower recruitment difficulties, UL Hospitals has become an attractive career location. We are actively recruiting and filling vacancies, with some new appointments taking up posts in September,” the HSE stated.