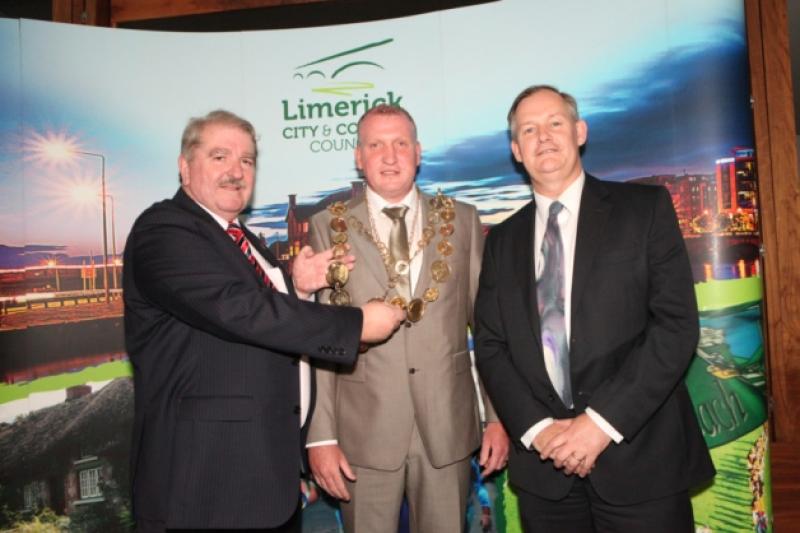 FINE Gael councillor Liam Galvin has been elected the second Mayor of Limerick City and County.

FINE Gael councillor Liam Galvin has been elected the second Mayor of Limerick City and County.

The Abbeyfeale man secured 28 votes from his colleagues in Fine Gael and Fianna Fail at the annual general meeting of Limerick City and County Council this Friday.

But a pact between the two biggest parties held firm, and this saw the farmer, based at Ballaugh in Abbeyfeale secure the chain of office from Cllr Kevin Sheahan. They were supported by the two Labour councillors present, and Independents Emmett O’Brien and Brigid Teefy.

“It is with a deep sense of pride that I stand before you to accept the wonderful honour which has been bestowed on me today,” Cllr Galvin said, “This is obviously a huge honour for me but it is also a tremendous honour for the town and parish of Abbeyfeale and surrounding parishes of Athea, Mountcollins, Tournafulla and Templeglantine. I am extremely proud of where I come from and I now fervently hope that my home place will be equally proud of me in my role as Mayor.”

Mayor Galvin paid tribute to his parents Jimmy and Betty, and his brothers and sisters.

He had a special word for his wife Caitriona, for all the sacrifices she has made for him since his election in 2004.

Mayor Galvin hopes while he is in office, he can reach out to the more marginalised sectors of society.