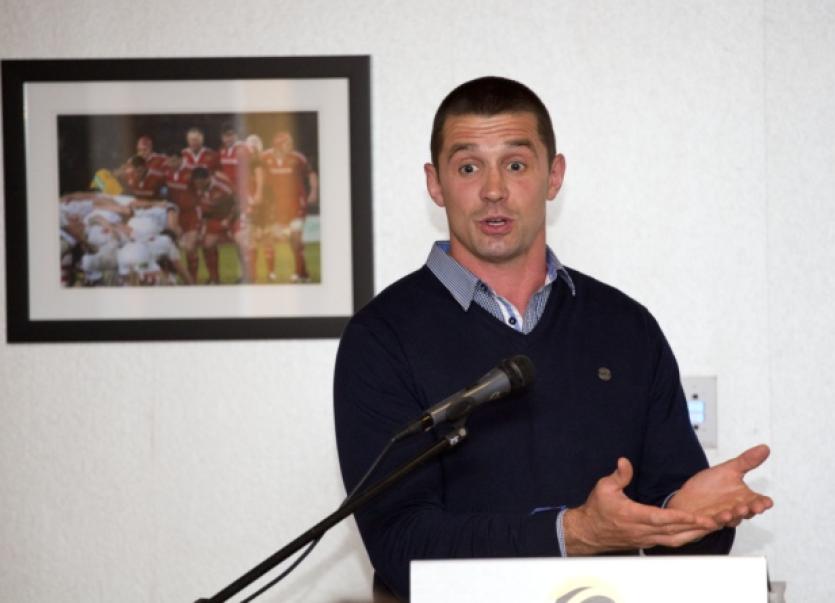 Hours after he spoke to Limerick Today’s Joe Nash, on Live 95FM, and the mental health advocate said he had wanted to speak at the event because of his own “personal experiences”.

“Too much stress leads to distress and when you are distressed everything seems harder to cope with and deal with. It is important to break down the stigma around mental health and to normalise it for people who suffer from anxiety or depression or another illness,” said ‘Quinny’.

Mr Quinlan added that it was a “pleasure” to be working alongside Network Limerick on the topic.

The former international player said lifestyles have a major influence on everyday mental health. He told Live 95FM that Irish lifestyles need to be altered so people can improve their own mental well-being.

“Portraying a constantly happy image and not opening up to people can lead to negative self-analysis, doubt, questioning your ability and values. Becoming aware of your own mental health gives you motivation, desire, energy, enjoyment and fulfilment in life,” he said.

Network Limerick is an Organisation for Women in Business, based in Limerick.