CONTRABAND SHIPPED TO DUBLIN VIA CHINA 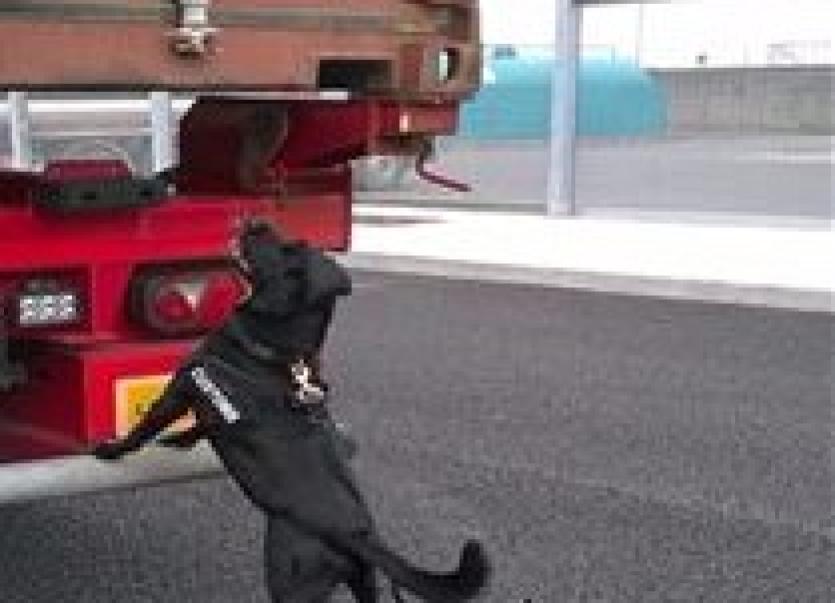 Grace the detector dog at work at Dublin Port

The contraband cigarettes arrived into Dublin from China, via Rotterdam this Tuesday afternoon, a spokesperson for the Revenue stated this Thursday.

During an intelligence-led operation, the Revenue's mobile x-ray scanner and its detector dog Grace were deployed to the port, where they identified the cigarettes, branded Richmond, Eton, Gold Classic, in the container.

The container was said to contain clothing, the spokesperson said. And on Tuesday and Wednesday, Revenue officers carried out searches at a premises in County Limerick, and it is understood that these investigations are ongoing.

The seized cigarettes represent a reported loss of nearly €3m to the exchequer.