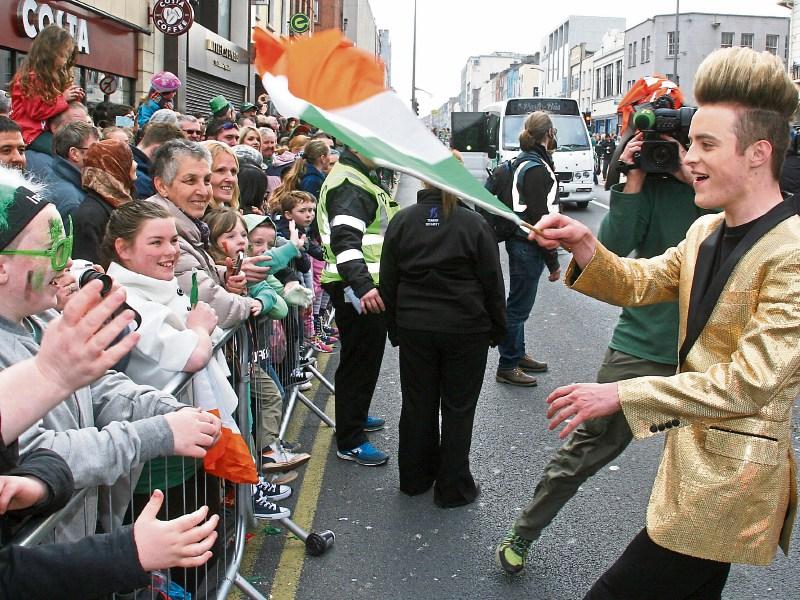 Jedward were one of the highlights of the St Patrick's Day parade in Limerick city Pictures: Adrian Butler

THOUSANDS of people from Limerick and beyond filled the city streets to witness one of the biggest spectacles of 2016, as hundreds of local groups marched down O’Connell Street for the annual St Patrick’s Day parade.

The exuberant atmosphere was well complemented by the spring weather for the entire event, which was watched by, reportedly, more than 80,000 spectators.

The parade, organised by Grooveyard Productions on behalf of Limerick City and County Council and Limerick 2020, was led by local actor and Grand Marshal Myles Breen, followed by an assortment of local groups and organisations, including sports clubs, emergency services and performance arts organisations. 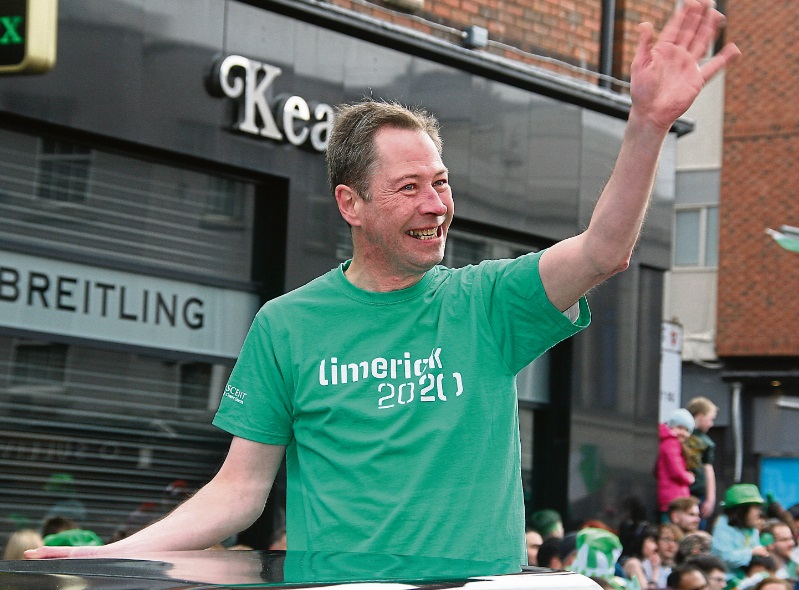 One of the highlights, near the end of the parade, were the internationally-famous pop duo Jedward, who entertained the masses while performing their Eurovision hit Lipstick.

Their show concluded with a mesmerising performance by the Fidget Feet Aerial Dance Company, displaying an acrobatic crane show in the city centre.

Meanwhile, street arts company Spraoí brought their spectacular Stag Show to Limerick's main thoroughfares, Artastic and Spotlight Dance School provided a show-stopping spectacle, and The Workhouse Studio thrilled the crowds with their giant puppet and a host of colourful costumes.

There's all sorts of entertainment on O'Connell Street! #StPatricksDay pic.twitter.com/3X3E4QKjwL

Mayor of Limerick City and County, Cllr Liam Galvin congratulated artistic director Aidan Phelan for the “largest ever” parade in the city.

"Today was all about celebrating the rich cultural heritage of Limerick as well as Ireland's National Day. This year's Easter Rising Centenary has afforded all of us to reflect on this country's achievements.

"Those who helped to create the Republic we know and cherish today would be proud of the vibrant, diverse and multicultural society we have become today as evidenced in the faces and celebratory mood of the many thousands who lined the route of this year's Limerick St. Patrick's Day Parade."

The Limerick St Patrick's Festival continues this coming Sunday from 12 noon on Sunday, when 1,200 musicians from 18 groups, including a 280-strong marching band from the University of Missouri, take part in the 46th Limerick International Band Championship.