Martin Kiely Column: Limerick at their ease in league opener 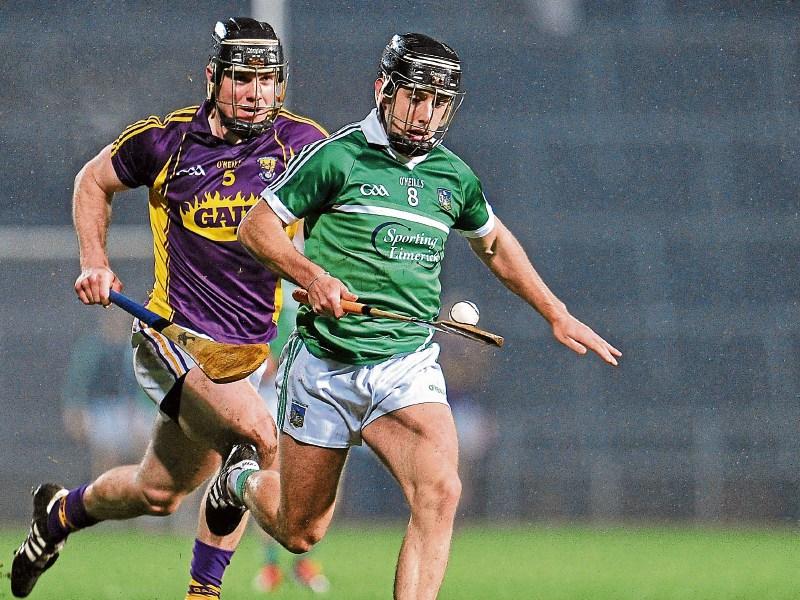 BAR a brief period in the second half Limerick had matters very much their own way at the Gaelic Grounds last Saturday night.

It was the ideal start and it looks like now it will be all about the Clare game on March 20. Wexford came to town for the opening round of the National Hurling League and it took them a long time to realise the hurling year was under way.

This was an open encounter with lots of space and it had many similarities to a challenge game. Limerick hit the ground running and were allowed time and space on the ball. I think most people expected more from Wexford. They were down a couple of players but that aside their first half performance was shockingly poor.

Time after time Limerick won uncontested possession and they racked up a pile of scores. Given the amount of play Limerick had they failed to create goal chances. It was a miserable evening for hurling, the pitch was showing the signs of the recent bad weather and overuse.

With the opening quarter played Limerick were ahead 0-10 to 0-1 and Wexford were making no impression on the game. Paul Browne and John Fitzgibbon were on top at midfield against Lee Chin and Harry Kehoe. Browne is not noted for scoring points but he will remember this game as he finished with five points to his credit from play.

Barry Nash continues to show development and he has the frame and bite to survive at this level. Once more centre back Diarmaid Byrnes was the standout player in defence.

He mopped up around the half backline and also landed some fine frees. His clearances are relieving but a little less traveling with the ball might yield even better results.

The challenge facing the management is to find wing backs that will make this line the foundation of the team. Seamus Hickey is on this line at the moment but as I have said many times before he is a corner-back.

Twelve points separated the teams at halftime. Limerick had eight different scorers and also missed at least five scorable chances out of the seven wides. The Wexford dressing room must have been interesting during the break. Their first-half performance lacked the sort of character one would associate with Wexford hurling. They lacked intensity and desire and showed Limerick too much respect. They went man on man for the second half and it yielded much better results.

The only real analysis of Limerick came when Wexford got their act together early in the second half. They battled much better and showed a greater hunger to fight for the ball. They began to take control at midfield and the quality of ball going into the forwards saw them trouble the Limerick backs. Six points without reply left just six between the teams.

Under more pressure now Limerick lacked the fluidity of the opening half. They got a break against the run of play when Graeme Mulcahy let rip first time after Tom Morrissey’s early shot had been saved. That score really killed the game off with 20 minutes left to play. Winning the opening game will set the foundation for what most people feel will be a shootout against Clare on March 20.

There were times in the game that Limerick overdid the short passing when they could have been far more direct.

They got away with it against Wexford. The short game and nice flicks might look good but when it matters most in tight games this very often breaks down.

Winning the opening game would have been a target and they now face Kerry next Sunday in an away fixture. While Kerry had a good win last Sunday against Laois I would think that Limerick will have too much craft for them.

The games will come fast over the next few weeks and we can expect a full house in Cusack Park in Ennis for the Division 1B league final. I was in Ennis last Sunday and the new stand, while not yet finished, looks really well.

This game will mark the opening of the new stand but it will be all about the game and who makes the journey back to top flight hurling.